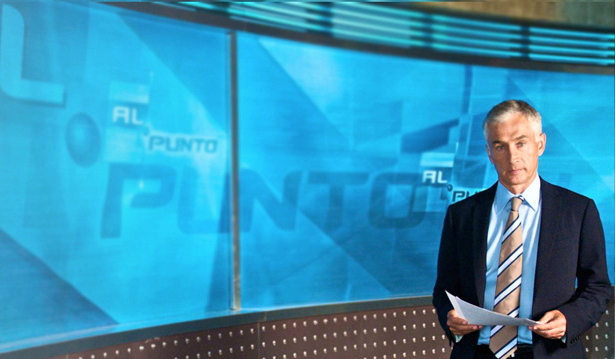 Univision anchor Jorge Ramos talks about the situation of American Spanish-language media today. He discusses how President Obama skipped over Univision for a primetime interview on all major newscasts, the stories covered by Univision that are missed by English-language television news, and the future of bilingual news on the new Fusion network.

Jorge Ramos has been the anchorman for Noticiero Univision since 1986. In addition Ramos also hosts “Al Punto”, Univision’s weekly public affairs program offering in- depth analysis of the week’s top-stories and exclusive interviews with newsmakers.

Among his many recognitions, he received the Maria Moors Cabot award from the University of Columbia and has won 8 Emmy awards for excellence in journalism (including the first one ever presented by the National Academy of Television Arts and Sciences to honor leaders of Spanish Language Television). He was honored in 2002 with the “Ruben Salazar” award by the National Council of La Raza for his positive portrayal of Latinos.

His most recent book is “A Country for All; An Immigrant Manifesto”.

2 thoughts on “Has Spanish-language Media Arrived?”