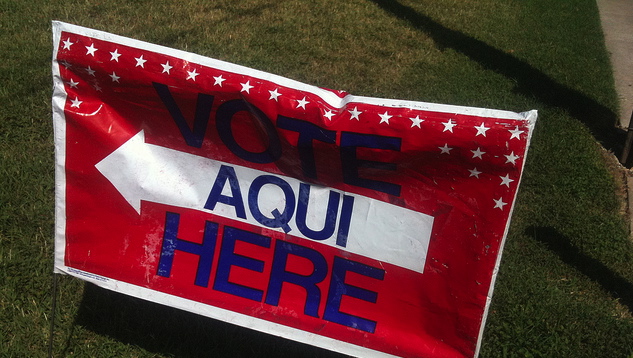 Latinos have made their power felt in the New York City mayor’s race in a way not seen before, with celebrities like John Leguizamo and Junot Diaz endorsing candidate Bill DeBlasio. And in Brooklyn, the first Mexican-American ever will be on the city council. Politician Carlos Menchaca visits the Latino USA studios and talks about being not only the first Mexican-American councilmember, but also the first openly gay legislator to represent Brooklyn.

Carlos Menchaca is a product of public schools and public housing, He is a native of El Paso, Texas raised by a single mother who immigrated from Mexico,  In the aftermath of Hurricane Sandy, Carlos worked day and night, bringing together local leaders, community groups, and everyday New Yorkers to coordinate response efforts and hold New York City, State, and Federal officials accountable.

One thought on “NYC Election Milestone”