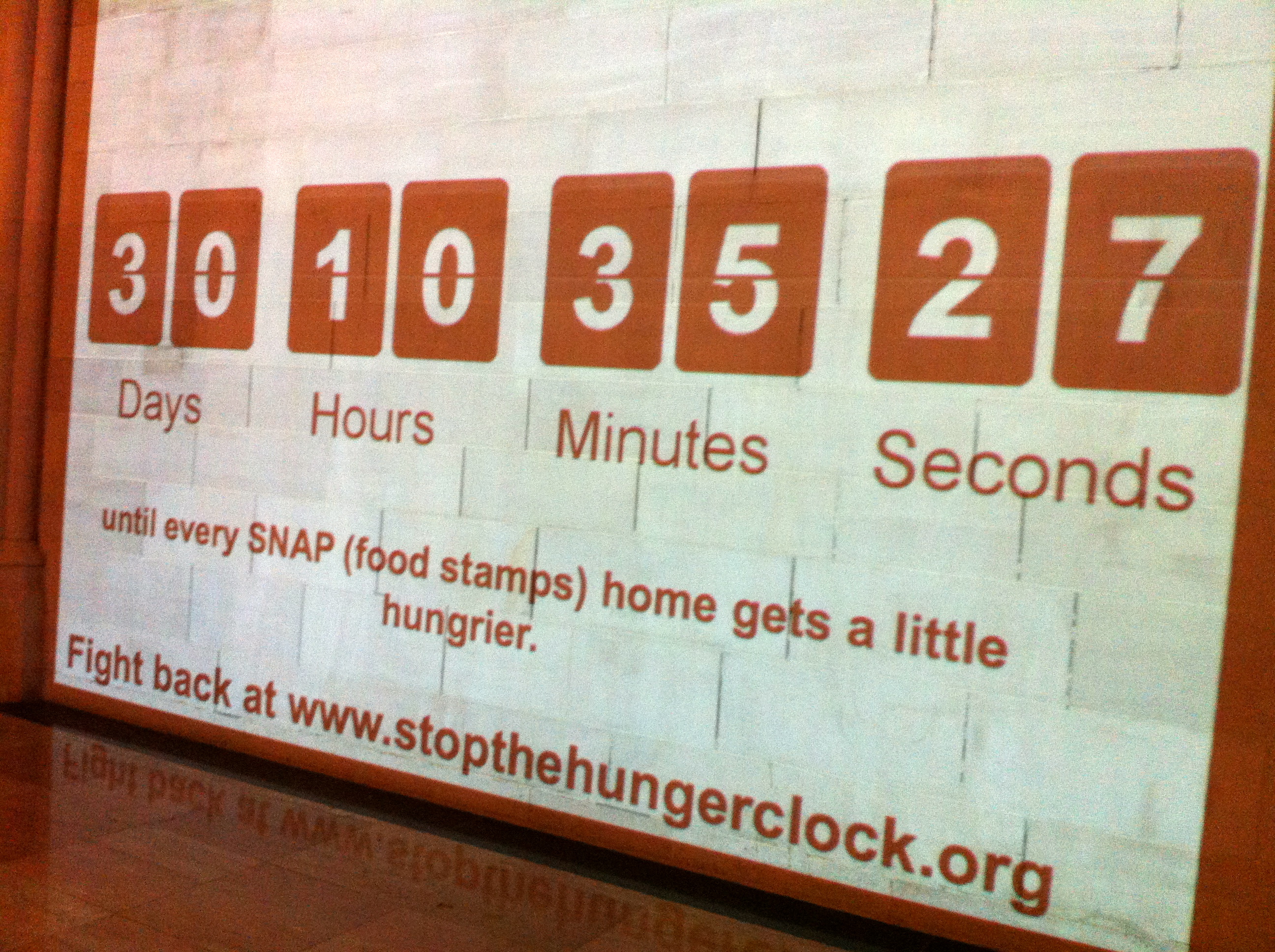 This November 1st, Americans receiving food stamps will have a little less to eat. The Supplemental Nutrition Assistance Program, or SNAP, was expanded during the recession as part of the 2009 Stimulus Package. Food stamp enrollment in the US has doubled between 2007 and now, from 26 million to 48 million people. But on November 1st, this expansion is set to expire, and millions of Americans will see their benefits reduced. Meanwhile, Congress is considering further cuts to the program. Producer Diana Montaño talks to New Yorkers to see how these cuts will affect them.

Diana Montaño is a Mexico City-born, East Coast-raised producer for Latino USA. Before coming on board, she worked as an editor at the Phnom Penh Post in Cambodia and as an associate producer with Radio Bilingüe in California. Diana has also taught video production to immigrant and refugee youth in Oakland, and to young indigenous women in the highlands of Chiapas, Mexico. She is a graduate of the UC Berkeley Graduate School of Journalism

One thought on “Food Stamp Fight”