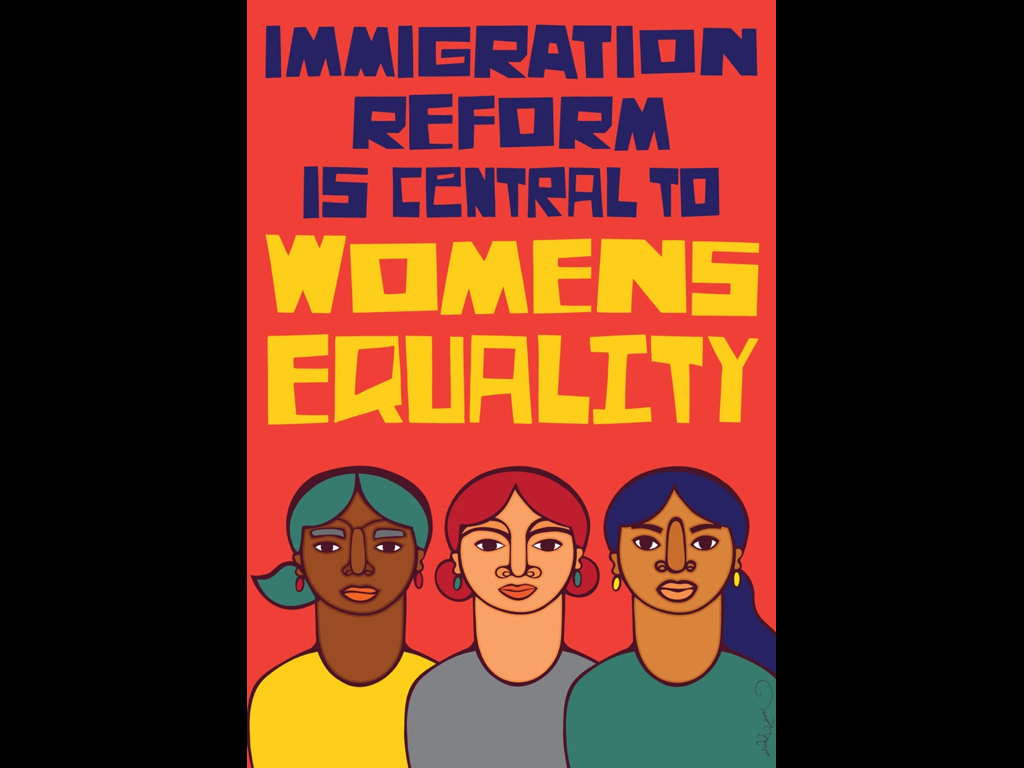 You have probably seen her posters at immigrant rights marches around the country, but never knew who the artist was behind the captivating images. Artist, activist, and California native Favianna Rodriguez joins the live show to discuss where the personal meets the intersection of art and activism, and how she sees her own artwork fitting into the fight for immigrant rights. She also talks about how California issues have had a larger impact nationwide.

Below are the images Favianna talks about during her interview: Favianna Rodriguez is a transnational interdisciplinary artist and cultural organizer. Her art and collaborative projects deal with migration, global politics, economic injustice, patriarchy, and interdependence . Rodriguez lectures globally on the power of art, cultural organizing and technology to inspire social change, and leads art workshops at schools around the country. In addition to her fine arts and community work, Rodriguez partners with social movement groups around the world to create art that’s visionary, inspirational, radical and, most importantly, transformational. When Favianna is not making art, she is directing CultureStrike, a national arts organization that engages artists, writers and performers in migrant rights. In 2009, she co-founded Presente.org, a national online organizing network dedicated to the political empowerment of Latino communities.

CultureStrike began in the summer of 2010 as a petition to honor the boycott of Arizona after that state passed its anti-immigrant law SB 1070. CultureStrike, which includes Wordstrike and Artstrike, seeks to organize artists, writers and other creative workers to strike back against anti-immigrant laws and attitudes. Their work is premised on the belief that culture, as the realm of ideas, images, and stories, is where people make sense of the world, find meaning and forge solidarity.