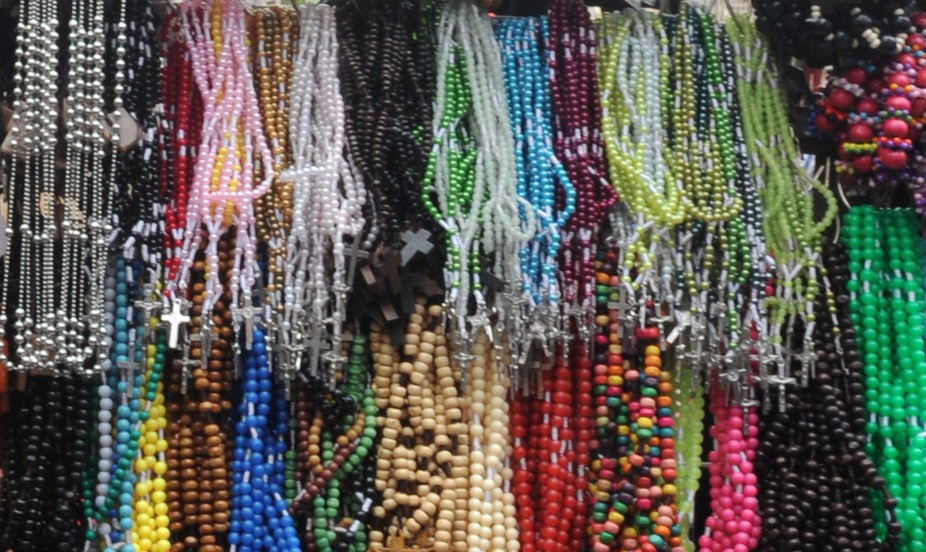 A woman sells rosary and religious souvenirs out side a church in Manila on January 7, 201. Devastation caused by Super Typhoon Haiyan pushed inflation in the Philippines to a two-year high of 4.1 percent in December, the government said. AFP PHOTO / Jay DIRECTO (Photo credit should read JAY DIRECTO/AFP/Getty Images)