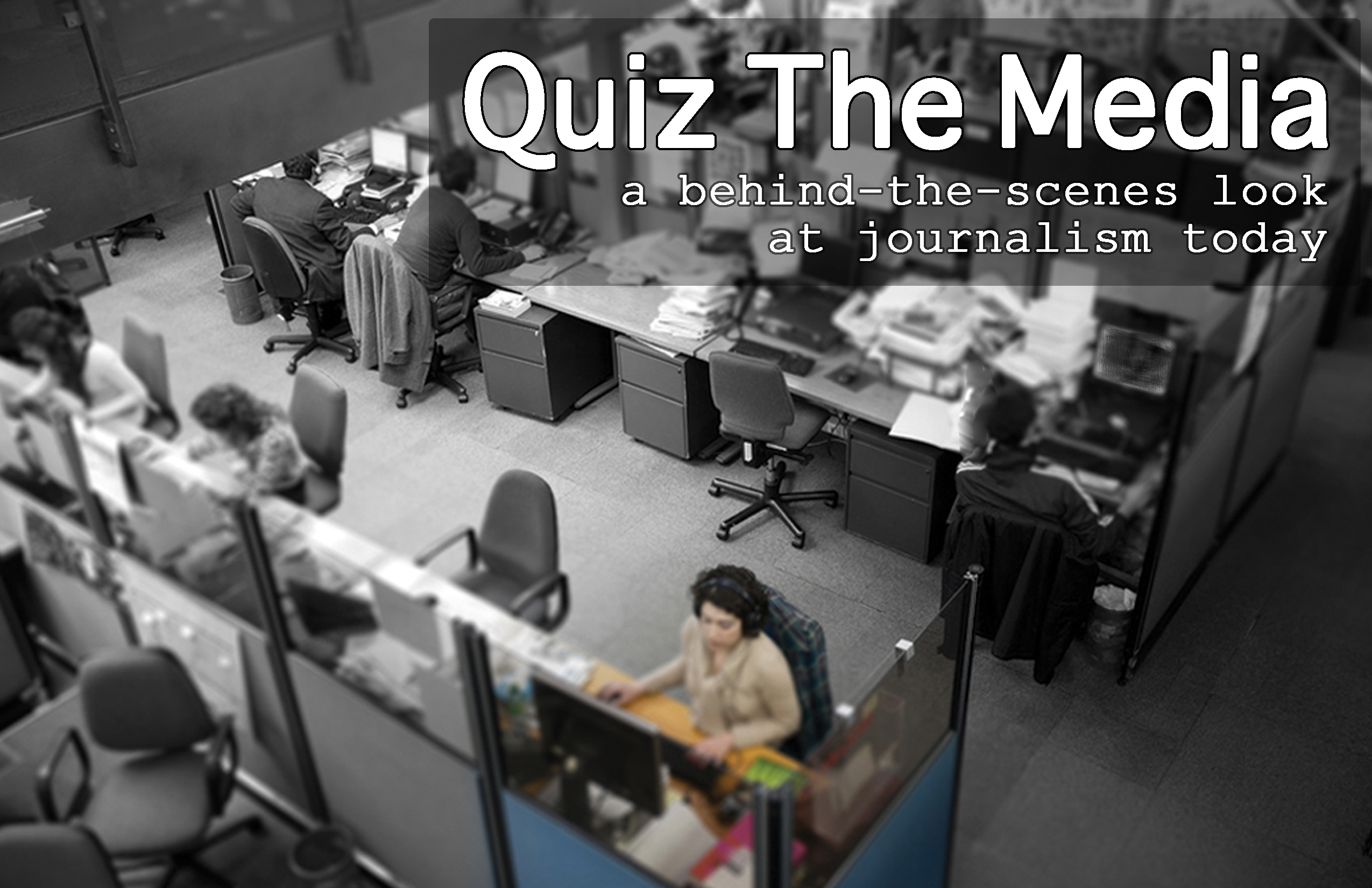 In “Quiz the Media”, teams of journalism and media students from three Chicago schools posed questions to a group of outstanding journalists. The journalists—Maria Hinojosa (Latino USA), John Quinones (ABC), Fernando Diaz (Hoy Chicago), and Chris Bury (Al Jazeera and PBS)—answered the students’ questions based on their experience in major news outlets, start-up editing rooms, reporting from war zones, launching media companies, and being part of newsrooms in Chicago and across the country. The student inquiry process drove a dynamic town hall discussion about real news and issues in journalism today, and invited audience participation. Participating schools were: DePaul University, College of Communication, Columbia College Chicago, Journalism Department, and the Medill School of Journalism at Northwestern University. Scroll down to watch the video.

Maria Hinojosa, President & CEO, The Futuro Media Group
Maria Hinojosa’s 25-year history as an award-winning journalist includes executive producing and anchoring both a radio show and television series: Latino USA, distributed by NPR and the nation’s longest-running radio program focused on Latino news and culture; and America By The Numbers with Maria Hinojosa, a series exploring the new, diverse American mainstream, slated to air Fall 2014 on PBS and the WORLD Channels. Hinojosa has won top honors in American journalism including four Emmy’s, the John Chancellor Award, the Studs Terkel Community Media Award, the Robert F. Kennedy Award for Reporting on the Disadvantaged, the Edward R. Murrow Award from the Overseas Press Club for best documentary for her groundbreaking “Child Brides: Stolen Lives,” and the Ruben Salazar Lifetime Achievement Award from the National Council of La Raza. In 2009, Hinojosa was honored with an AWRT Gracie Award for Individual Achievement as Best TV Correspondent. In 2011 she received honors from the New York Women’s Foundation, Hispanics in Philanthropy, and The Opportunity Agenda. She launched The Futuro Media Group in 2010 to produce journalism giving voice to a diverse America.

Chris Bury, Correspondent, America Tonight, Al Jazeera America and Senior Journalist in Residence, DePaul University, College of Communication
Currently Correspondent for Al Jazeera and Anchor for the new public affairs program, “In The Loop,” on WYCC-TV, Chris Bury’s extensive journalism career includes 30 years at ABC News, including positions as national correspondent based in Chicago and Nightline correspondent in Washington, D.C. where he served as principal substitute for anchor Ted Koppel. At ABC, he reported on major breaking and national stories such as presidential and senatorial campaigns, the economy, Hurricane Katrina, and from the U.S. Central Command in Doha during the Iraq War. Prior to joining ABC, he reported for KPRC in Houston, KTVI in St. Louis, and WTMJ in Milwaukee. Bury has won awards including six Emmys, a National Headliner Award, the Edward R. Murrow Award, the DuPont-Columbia Award for Excellence in Journalism, and a Peabody. He has a B.A from Southern Illinois University-Carbondale and an M.A from the University of Wisconsin-Madison.

Fernando Diaz, Managing Editor, Hoy Chicago
Fernando Diaz is the managing editor of Hoy, Chicago’s Spanish-language daily newspaper, the president of the Chicago Headline Club and a 2004 graduate of Columbia College Chicago’s undergraduate journalism program. Fernando has served on the board the National Association of Hispanic Journalists and is a member of Investigative Reporters and Editors.He is the recipient of the 2013 Studs Terkel Community Media Award. A native of Maryland, he lives in Chicago with his wife, Heather Charles, and their dog, Chance.

John Quiñones, ABC News correspondent and host of Primetime: What Would You Do?
John Quiñones is the anchor of “What Would You Do? on ABC,” one of the highest-rated newsmagazine franchises of recent years. During his 25 year tenure at ABC News, he has reported extensively for all programs and platforms and served as anchor of “Primetime.” Quiñones has won seven national Emmy Awards for his “Primetime Live,” “Burning Questions” and “20/20” work. He was also honored with a World Hunger Media Award, a Citation from the Robert F. Kennedy Journalism Awards, the First Prize in International Reporting and Robert F. Kennedy Prize. Quiñones joined ABC News as a general assignment correspondent based in Miami, providing reports for “World News Tonight with Peter Jennings” and other ABC News broadcasts. Prior to joining ABC News he was a reporter with WBBM-TV in Chicago, a news editor at KTRH radio in Houston, Texas, and an anchor-reporter for KPRC-TV. Quiñones received a bachelor of arts in speech communications from St. Mary’s University, San Antonio, Texas. He received a master’s from the Columbia School of Journalism.