Maria Hinojosa and John Schaefer talk to members of the Labyrinth Theater Company, one of the nation’s leading ensemble theater companies that’s driven by a diverse group of over 120 actors, directors, playwrights and designers, about how they began and diversity within the New York City theater scene. 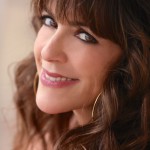 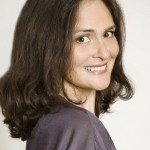 Cusi Cram is a playwright, screenwriter, filmmaker, teacher, occasional performer, and a passionate advocate for women in the arts. She is also one of very few people who can claim the honor of Bolivian and Scottish heritage – her parents met at the United Nations.

Cusi has received three Emmy award nominations for her extensive writing in children’s television, most notably for WGBH’s, Arthur. She was also a writer on the Showtime series, The Big C, starring Laura Linney. Her play, Dusty and the Big Bad World, was optioned by Points West Films  (Jon Hamm and Jennifer Westfeldt, producers). She is currently developing several original pilots for television, a web series about tour guides in the West Village, and a feature film titled, Three Graces, which she plans to direct.

Yesika Salgado On Love, Lust, And Being A Hopeless Romantic