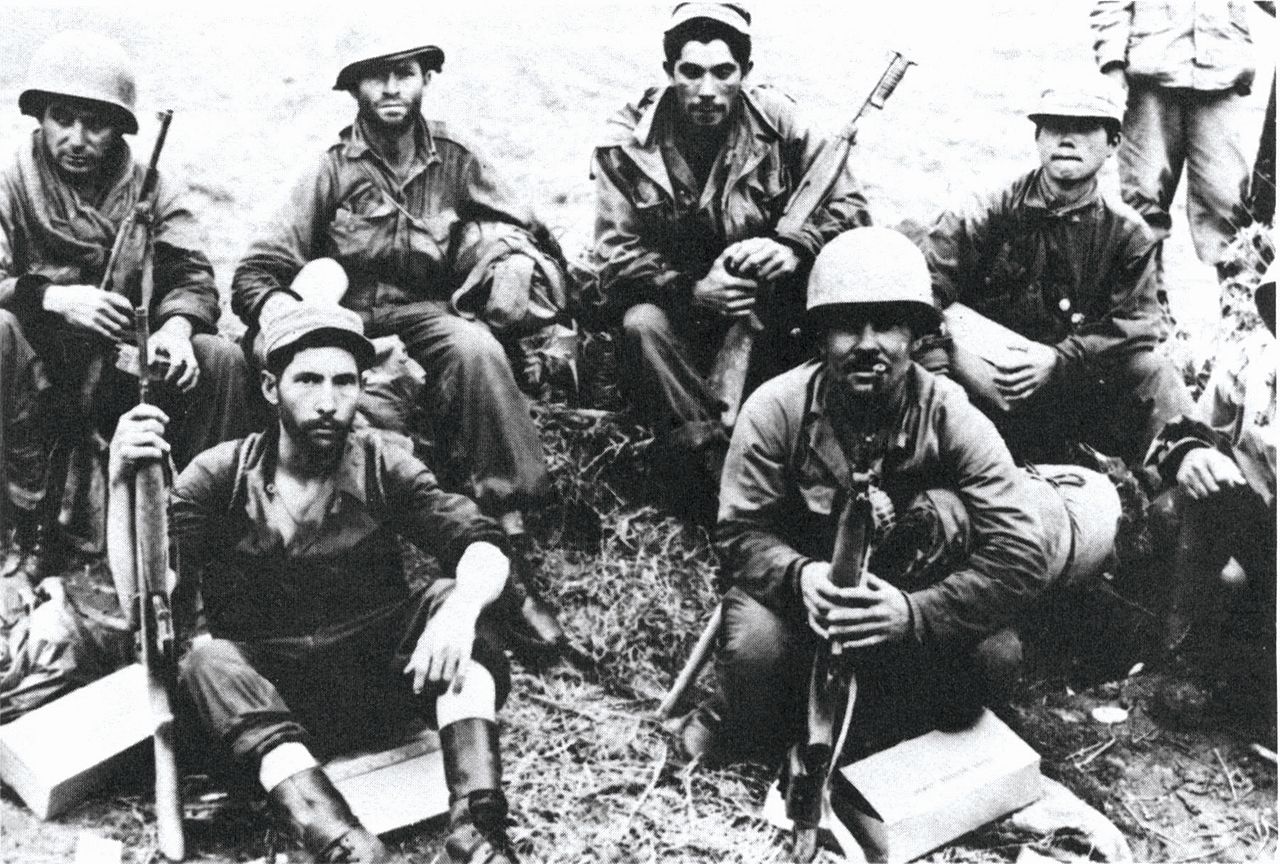 In August of 1950, nearly 4,000 soldiers set sail from Puerto Rico on their way to the Korean peninsula. They were the 65th Infantry Regiment of the U.S. Army, better known as the “Borinqueneers.” They were part of the first waves of American forces deployed to fight in the Korean War, after Communist forces invaded South Korea in 1950.

During the first year of the war, the Borinqueneers made quite a reputation for themselves as stealthy and combat-ready fighters. “The Puerto Ricans forming the ranks of the gallant 65th are writing a brilliant record of heroism in battle and I am indeed proud to have them under my command,” wrote General Douglas MacArthur, then Commander-in-chief of the United Nations coalition deployed in Korea, wrote about the Borinqueneers’ performance in the war effort in 1951.

The 65th Infantry Regiment had served in previous wars, and as a predominantly Puerto Rican unit, they were subject to the same segregation practice as other people of color in the U.S. Army. Kept to separate fighting units under white commanders.

The Korean War effort coincided with the desegregation of the U.S. Army. And because the 65th had had an outstanding performance during the first year of the war, many bilingual Puerto Ricans were transferred to other units. This broke direct and crucial communication lines between soldiers and their superiors. The language barrier, along with problems with inexperienced unit leadership, broke company morale, and by the second year of the war effort, nearly one hundred soldiers on the 65th were court-martialed and pardoned shortly after by then Army Secretary Robert T. Stevens.  Read military historian Gilberto Villahermosa’s report on the 65th Infantry Regiment’s performance during the war.

Almost 60 years later after the Korean War, a grassroots initiative of veterans and Latino influentials led Congress to award them the Congressional Gold Medal, one of the highest civilian honors bestowed by Congress. It takes two thirds of Congress to award a Gold Medal. For this segment, we talked to Edwin Avilez, a Borinqueneer who was part of one of the first advances during the Korean War in 1951, and José Colón, who held an administrative post during the Korean war.

(A previous version had a link to the borinqueneers.com website; the grassroots initiative is at www.borinqueneers.org)

Borinqueneers from the 65th Infantry Regiment in Korea, 1951 via Wikipedia Commons.