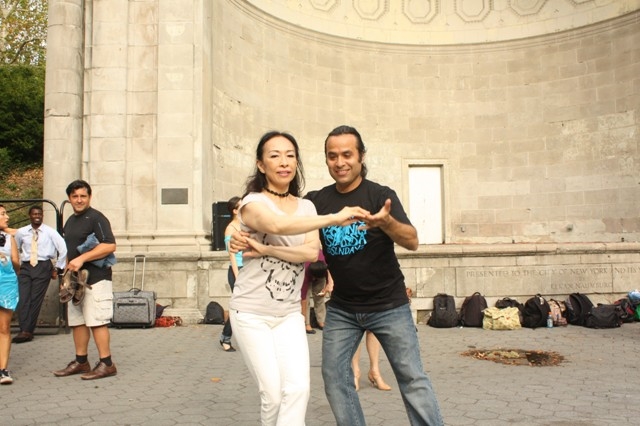 Carlos Konig was born in Santiago, Chile in 1965. He studied classical guitar, played professionally and taught music for almost twenty years. In 1989 he moved to New York City to keep on working on his musical career but had to stop due to Musician’s Focal Dystonia, a neurological condition. He then discovered salsa dancing through a friend and hasn’t stop ever since. By accident he found his talent and passion and even turned to teaching. Many of his students are from Japan. He talks to us about the role salsa has played in their lives. Carlos König began teaching mambo, salsa, and cha-cha independently in 1994 at 72nd Street Studios in the Upper West Side, and through years of devoted teaching he has steadily built a strong following than now studies with him at the new Ripley-Grier Studios in midtown Manhattan. He has traveled to Germany, Italy, Hong Kong and Puerto Rico as a guest mambo teacher and performer, and was asked to teach at last year’s and this year’s Midsummer Night Swing Latin Dance night at Lincoln Center. Carlos has performed in different venues and won the 1998 Mambo Marathon at Copacabana. With the trumpet player Richard Vitale they formed a twelve-piece salsa band: Orquestra Universal and released the cd “New York Salsa”. He is a long-term Japan Society member.

One thought on “Japanese Salsa Lovers”