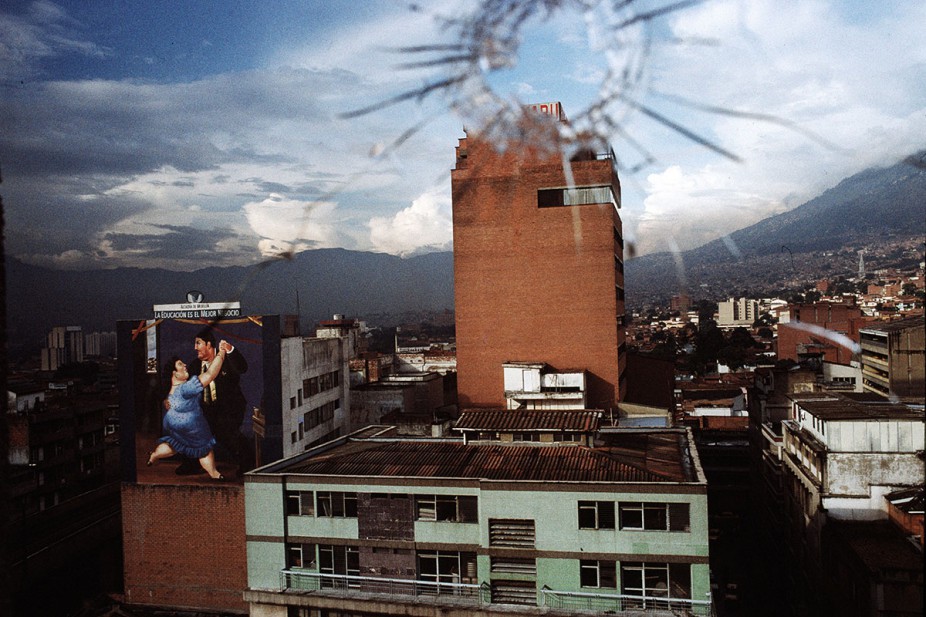 Since 2012, the Colombian government of President Juan Manuel Santos has negotiated a peace deal with the FARC, the country’s largest guerrilla group. This week, negotiations came to a screeching halt, as Santos called off the talks after the FARC captured Colombian Army General Ruben Darío Alzate in the northeast of the country. The FARC said they would release the general and two other Colombians that were also captured, as a sign they want the peace process to continue.

A lot hangs on the line in this negotiation. Colombia has been called the biggest humanitarian crisis in the Western hemisphere.

“I didn’t realize how severe the conflict is. I had no idea of the scale of it,” says photojournalist Stephen Ferry, author of the book Violentology: A Manual of the Colombian Conflict. “I guess I just had the idea that a lot of people have that this is all about drugs.”

That was Ferry’s idea of Colombia when he went there for the first time in 1995, to teach a workshop at the Foundation for The Iberoamerican New  Journalism Foundation, a school founded by Gabriel García Márquez. What Ferry discovered was a complex cycle of political violence, and he spent a decade documenting it. Violentology is the final product of that work.

Watch and listen to our audio slideshow, where Ferry talks about some of the most stunning photographs in his book.

We suggest playing the video full screen. Some of the photographs may be disturbing. Since the late 1980s, Stephen Ferry has traveled to Eastern Europe, Northern Africa, and the Middle East, while always returning to the subjects that he finds important, whether or not they are in the headlines. A fluent Spanish speaker, Stephen has developed an understanding of Latin American culture, society and politics from over 20 years of covering the region. He currently is based in Bogotá.
Stephen’s work has received numerous prizes and honors in the World Press, Picture of the Year and Best of Photojournalism contests.