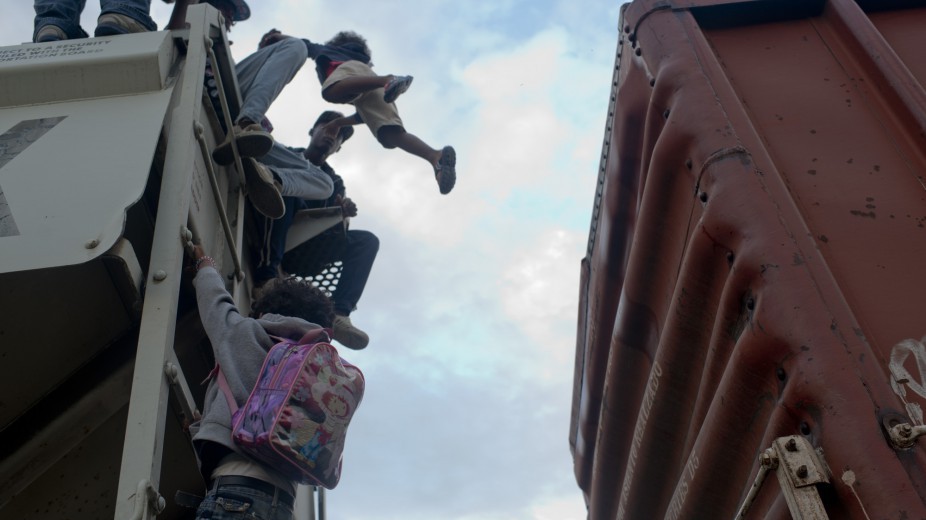 This is not the first time this Honduran woman has tried to run away.

She’s asked to remain anonymous, because she’s fleeing domestic violence, and has a death threat against her. From her husband.

“My husband beat me. I couldn’t stand that he did it in front of our kids,” she says. She left home in Honduras once, but returned because she was worried about her kids who she left behind. When arrived at her home, her husband shot her in the foot to teach her a lesson.

She waited until she could walk again. One day, she pretended she was taking the kids on an errand. She told her mother-in-law she’d be right back; she even left a child’s back pack behind, as a decoy. Instead of going to the store, she started traveling north with her two children. Her ultimate destination was the U.S.

The woman, who is 27, was part of this year’s influx of Central American migrants. Most media coverage has focused on the estimated 60 thousand minors who were detained at the US Mexico border. In reality, human rights workers and activists report that most minors who are leaving Central America do so with adults, often with their mothers.

The problem is the routes they’re taking to avoid anti-immigrant crackdowns in Mexico are so dangerous, migrant women can barely protect their children.

Mark Bosk, head coordinator for Doctors Without Borders in Mexico, explains that this is largely because of Mexico’s “plan frontera sur” – the southern border plan. The Plan has kept thousands of people off “La Bestia”– the freight train migrants ride as stowaways to get to northern Mexico.

But for those migrants who do make it through, Bosk says, reports of violence and exploitation have increased. “The fact that they cannot use the train, and they have to start taking alternate routes, exposes them to organized crime and human trafficking networks more than before, back when people knew a route and where they had to go.”

In the playground of a shelter, the kids say their journey to Mexico City was cold, long, and the train they rode was scary– because that’s where gangs and drug cartels kill people. “My kids endured hunger, they endured the cold. By the time we got to Coatzacoalcos, they were very sick… We were out on streets. It was raining, and I didn’t know what to do, I didn’t even have anything to cover up my kids with.”

Coatzacoalcos is an industrial city run by the notorious Zeta cartel; it can be like a spiderweb trapping Central American migrants who are desperate to go further north.

The woman says she was lured into danger by a Mexican man who told her he ran a shelter. The man kept her and her children there for three days, and every night, he raped her, while the kids lay in the same bed. The man also fondled her daughter. The woman thinks he was a sex trafficker.

“I don’t even know how I escaped. The woman who cleaned his house left a door kind of open. I left all our things in there.”

With no money and no belongings, the Honduran woman and her kids rode the freight train, all the way to Mexico City, where they found a real migrant shelter. When she got there, the first thing she asked for was an HIV test.

Sister Magdalena Silva Renteria runs the shelter, and she says, when women are victimized, the children suffer too. “You can see it in these kids faces,” she says. “They’ve witnessed abuse, rape and the uncertainty of watching their mothers bring them with no food, no money. This is not easy.”

Eventually, some of the kids show signs of trauma. The Honduran mother says her daughter still has nightmares about what happened on their journey. Her son has violent outbursts.

The woman knows her chances of getting one of those visas are slim. She’s exhausted and her kids are homesick. So she’s decided to go back to Honduras.

Still, she keeps remembering her husband’s warning about what would happen if she ever left home again. “He came to me and said, ‘Do it. When I find you, I’ll kill you.’ He said he’d kill me.”

Photo above is of a man helping a mother and her toddler get off “La Bestia”. Later on this train derailed while travelling from Arriaga to Ixtepec, the first leg in the the route for migrants traveling north.