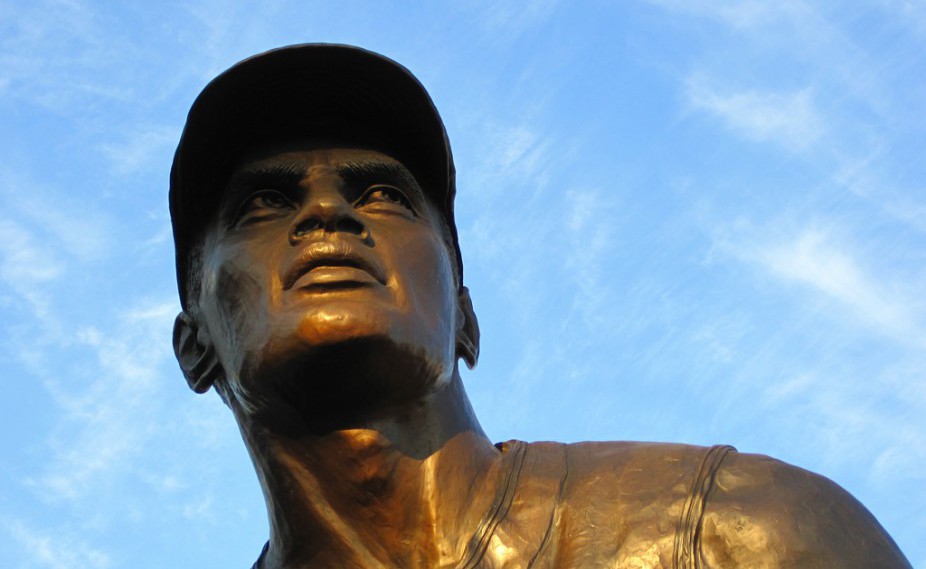 Roberto Clemente, one of the all-time great players in Major League Baseball, is nothing short of a legend in Pittsburgh where he played for the Pirates for 18 consecutive seasons through the 1950’s, 60’s and into the 70’s. Throughout his career as an outfielder, he was awarded the Gold Glove twelve times, and at his last time at bat during a regular season game he tallied his 3,000th hit—a distinction only held by eleven other players in history at the time.

But the Puerto Rican-born all-star was not just an incredible player. The first prominent Afro-Latino in the league, he became equally as known for his humanitarian work, his intolerance towards racism within the baseball, and ultimately his kind-heartedness.

In Pittsburgh, composer and baseball fan Alki Steriopoulos has written a new musical called 21 about Clemente’s life and untimely death in 1972. Erika Beras went to see the musical and learn about the impact Clemente has had on Pirates fans and beyond.