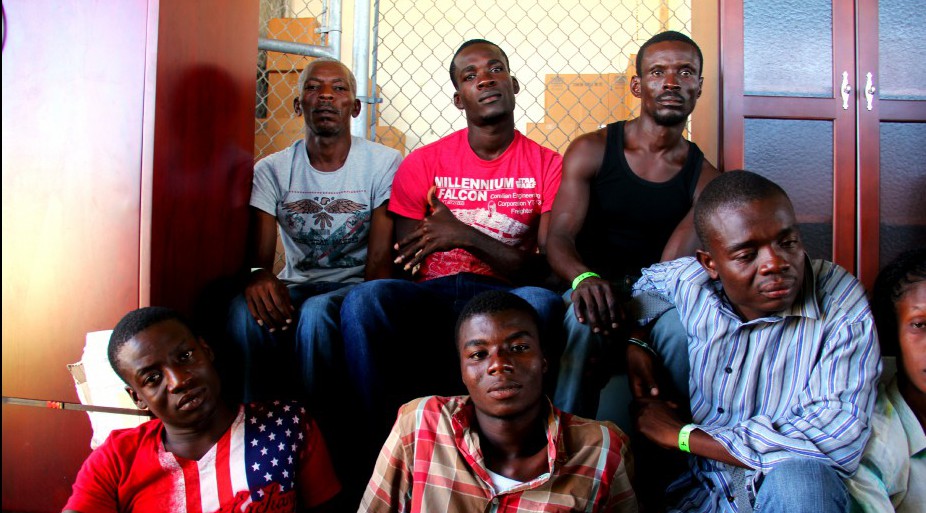 Dominican migrants arrive in Puerto Rico on a yola. (Photo: US Customs and Border Protection) A group of Haitian migrants, just arrived from the sea, await processing at the Border Patrol station. (Photo: Marlon Bishop) 4 thoughts on “The Other Border: Unauthorized Immigration to Puerto Rico”