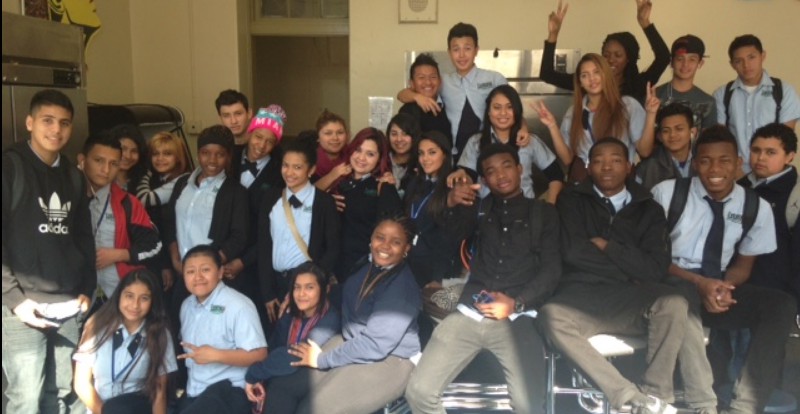 Like many parts of the country, New Orleans has had an influx of unaccompanied minors from Central America. In spite of their immigration status, they still have a legal right to a public education. For most of them, that means learning English.

But the New Orleans school system isn’t like others: most of its public schools are run by independent charter organizations. There’s no central office to require language classes in every school- and right now, no extra money to pay for this year’s influx. Nina Feldman Reports.

We have a correction to make regarding our story about charter schools in New Orleans coping with an influx of new immigrant students. In our piece, the superintendent who oversees the schools said he had received no complaints concerning English Language Learners that would result in a school being in breach of its contract. Technically, that is true. However, in August 2013, two immigration rights advocacy groups filed a federal complaint with the Department of Justice charging that translation services for immigrant parents and students in New Orleans schools were inadequate. By the fall of 2014, many of the schools in question had come to their own resolutions with the Department of Justice to provide language services and are now in the monitoring phase.

Also this past fall, one of the advocacy groups, VAYLA, worked with the Southern Poverty Law Center to improve the enrollment process for immigrant students. The groups charged that the majority of New Orleans charter schools were discouraging enrollment by asking families to show a social security number or a driver’s license as proof of residence, though neither is legally required in order for a student to enroll. VAYLA says most of the schools have since changed their applications to do away with those requests.