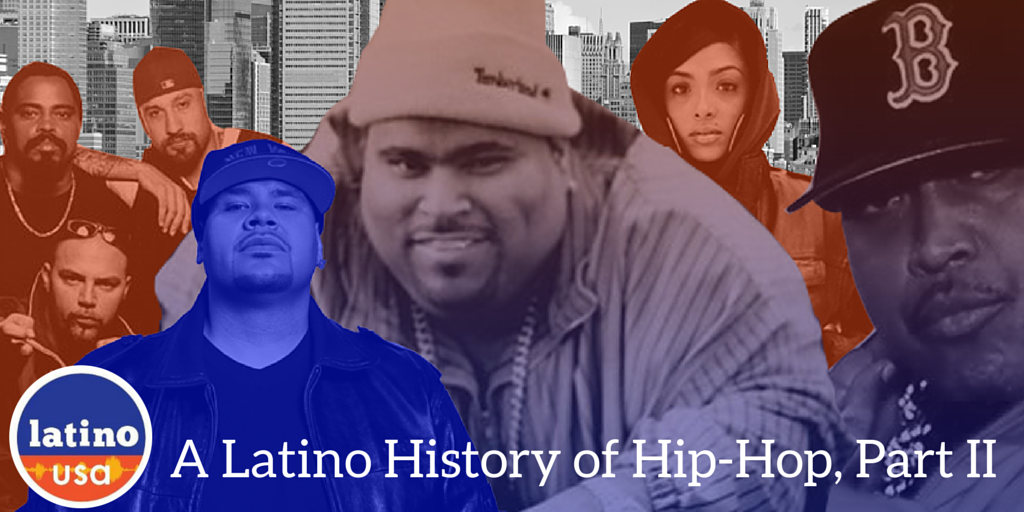 Last Friday, the Latino USA team premiered one of our more anticipated podcasts of the year: A Latino History of Hip-Hop, Part II. The show was featured in several outlets, including The Fader, Remezcla, Vibe, The Hype, SOHH, Good Fella Media and Latino Rebels (the outlet I founded). Besides our regular placement on iTunes and Soundcloud, we also decided to post this week’s podcast (co-produced by Daisy Rosario and Marlon Bishop) on YouTube:

As you can imagine, listeners were really excited about this week’s show. Here is just a sampling of tweet reviews:

.@LatinoUSA “Musica De La Buena” and the program starts off with Big Pun and the Beatnuts WEPA! Thank you for this #HipHop #Latism #Latino

“The thing about #HipHop from its inception, was always about the effort that it took to discover.”- @koolboblove @LatinoUSA — Art = Life (@808Shirts) June 6, 2015

@LatinoUSA nice to see Miami Bass get some recognition…I bugged out when I heard Anquette’s “Shake It Do the 61st” being played!

@LatinoUSA thanks so much for your Hip Hop Epi. I am not a huge HH fan. Thanks for making me appreciate it.

Over at our Facebook page, the reviews were also very positive:

Just heard the show. Beautiful!! Thank you for this!!

Ooooo must listen to this!

This story was amazing. Born and raised on the west coast hip hop being from LA, but it was so fascinating to hear about the growth of hip hop in the late 80s and explode in the 90s through the streets of the Bronx.

Speaking of the West Coast, a few of our listeners asked us why we didn’t focus as much on the early roots of Latino hip-hop in that part of the country, especially in Los Angeles. Our latest hip-hop installment decided to explore the mass commercial success boom that began in the late 1980s and early 1990s, so Los Angeles acts like Mellow Man Ace (tweet him @MelloManAce1) and Cypress Hill (@cypresshill) were featured. Nonetheless, a few listeners, like this Facebook follower, said it to us straight up: “LA Hiphop history and no mention of Kid Frost, Poppin’ Taco, Julio G and Tony G, Son Doobie, or Ralph M the Mexican.”

Granted, those acts (all pioneers, by the way) didn’t achieve the mega-commercial success of the West Coast acts we featured in Part II, but like we mentioned in the show, we could have covered a lot of angles, and you never know what we will do in the future.

So to all of you who asked us for more West Coast representation or about how Latin America views hip-hop or will we ever do a “Latino History of Rock and Roll,” we did read all your tweets and comments. You gave our team fanstastic ideas for possible new episodes and segments. Meanwhile, keep pitching us by following Latino USA on Twitter, giving us a like on Facebook, subscribing to iTunes, finding us on Instagram or heading over to Tumblr. Don’t forget our Spotify playlists, too, and even though Kid Frost wasn’t featured this time around, it doesn’t mean we can’t close this post with this classic anthem: