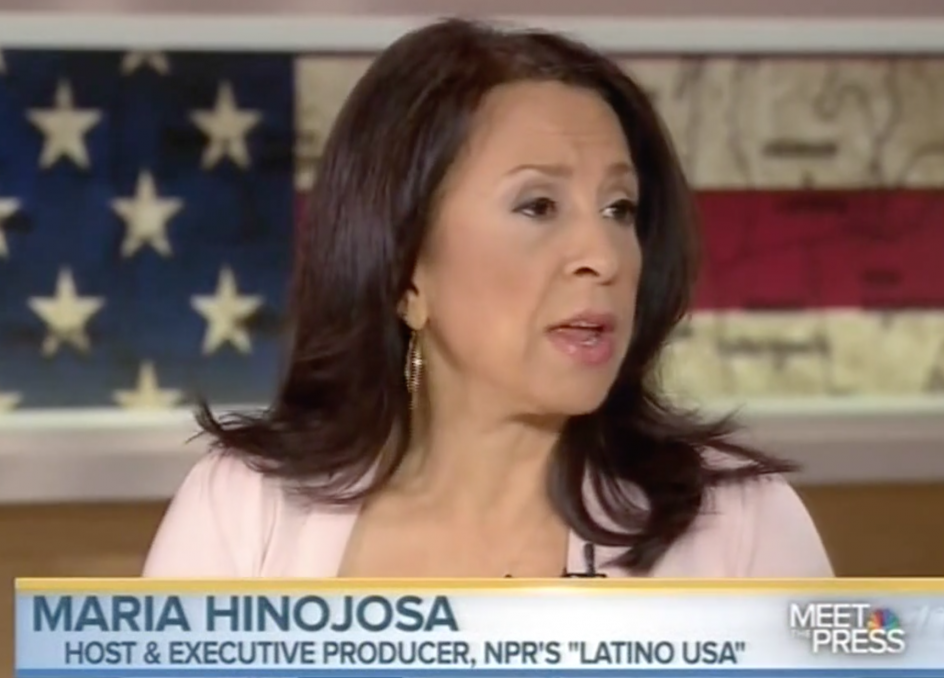 Earlier this morning on NBC’s Meet the Press, Maria Hinojosa, host and executive producer of Latino USA, was part of the show’s weekly panel. Our team gathered the clips from the show, and we wanted to share them with our listeners. Here they are.

In this first clip, MTP’s Chuck Todd asked Maria about Donald Trump, who made an presidential campaign appearance in Phoenix, Arizona, yesterday.

Later in the show, Maria talked about why elected officials and presidential candidates, both Republicans like Scott Walker and Democrats like Hillary Clinton, are staying relatively quiet about Trump’s controversial statements about Mexicans. (Update: Clinton gave a new interview later today with CNN, where she addressed Trump’s comments.)

Maria and the panel also discussed their reactions to South Carolina’s decision to take down the Confederate flag from its state capitol. Even in that conversation (which had occurred at the top of the show), it was hard to avoid the topic of Trump, given that South Carolina governor Nikki Haley was talking about healing and unity in a previous interview.

3 thoughts on “Maria Hinojosa Talks Trump on Meet the Press”