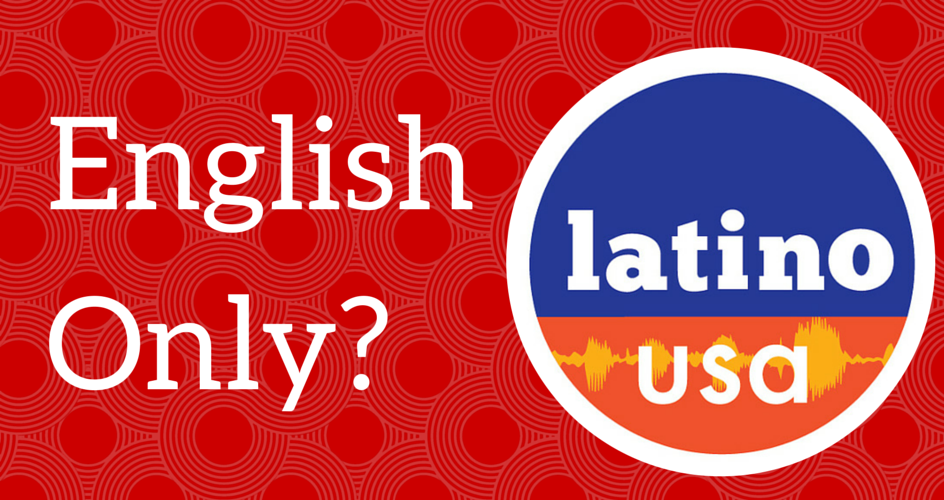 This past week, we produced a show about the law. It was called Know Your Rights. The team covered many topics, including a MUST LISTEN piece about the Justice Gap, as well as a fascinating interview between Maria Hinojosa and Martin “Marty” Castro, the first Latino to head the United States Commission on Civil Rights.

Having checked in on the social conversations surrounding this week’s show, I noticed that two stories led to additional online discussions and reactions. Here are the two pieces, along with the corresponding Soundcloud track, in case you haven’t listened to them just yet.

This story, produced by Isabel Riofrío, explored how non-English speaking jurors are often left out of the jury box. As you might imagine, it lead to an intense debate on our Facebook page. I posted just some of the opinions here:

“Just learn English like all other immigrants. This is a pet peeve of mine. It’s the only way we will thrive. Hispanics are the poorest minority group because of it.”

“Someone who is sight or hearing impaired has EVERY right to serve on a jury and should receive appropriate accommodation (interpreters or other support services). Prospective jurors lacking in English language skills should not be accommodated in the same way. Lack of English language proficiency IS NOT a disability.

However, others had different thoughts:

“The United States doesn’t have an ‘official” language. Everyone assumes it’s English, but obviously no ‘American’ paid attention in class when this was being taught. Therefore, folks whom cannot read, speak, or write in English is more than okay. Literacy in the U.S. Is a privilege. Many non-Latin@s in the USA actually are not literate, it an issue for decades now. Once more if one is a part of a marginalized group, one is going to get many things taken away. All these arguments are funny to read on Latin@ NPR’s and more so since it’s usually coming from privileged people: ex: White, Cis-Hetero, able bodied, educated, Literate, English as a first language… This list can go on. Hopefully everyone can stop and do some privilege checking as well as educate themselves on the history of the language ‘English’ in the United States.”

“I’m a crim defense attorney who has written on interpreter-culture related issues. It’s hard to anticipate a case that I would feel confident knowing the juror was relying on an interpreter…since this would also include the interpreter at jury deliberations. That said, never say never, but I am more concerned about the qualifications and skill of any interpreter for the defendant or any testifying witness. I don’t fault someone who needs an interpreter- language acquisition is complicated. But when there is a liberty interest ( in a crim case) the defendants interest should trump any other.”

One more thing: a few of you asked us if jury dury was a constitutional right. It is a complex topic, but I did want to share what Constitution.org says about it:

“When this nation was founded, the jury system was made a part of our system of government. This was done for one main reason: because the Founders did not trust judges, prosecutors, investigators, and other officials to administer justice. The jury is the ultimate safeguard of our constitutional rights…”

If you want to read more, check out Why Jury Duty Matters:

“It’s easy to forget how important the jury really is to America. The right to be a juror is one of the fundamental rights guaranteed to all eligible citizens. The right to trial by jury helped spark the American Revolution, was quickly adopted at the Constitutional Convention, and is the only right that appears in both the Constitution and the Bill of Rights.”

What do you think? Tweet me @julito77 or @LatinoUSA.

A Mother’s Fight for Her Autistic Children

Antonia Cereijido‘s story about Josefina Nieves hit home with many of our fans. Here are just a few of the comments shared:

“I am so glad to see this article. As an autistic, I can tell you that “communities not familiar with the <illness>” (it is not that, it is a condition) far outnumber those which are, Hispanic or otherwise. Living with autism is a lifelong challenge, and only by increasing awareness will we make it less so.”

“Mental health isn’t publicly supported compared to our prison systems that are for some.”

@LatinoUSA, loved your #rights piece on #autism. This is what @Growing_Roots does for and with families in #austin!

Thanks for listening to this week’s show. And seriously, if you ever have any comments or suggestions, tweet me!