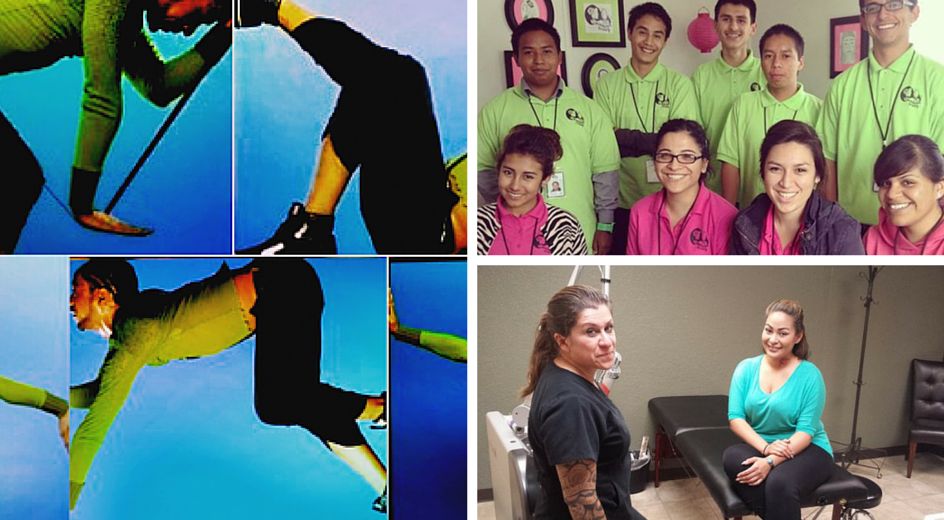 At the end of every Friday, after the team shares the news about yet another new podcast (subscribe here so you never miss one ever again), we always leave for the weekend thinking: Which of the stories from our newest show will people like the best? Since we are a weekend show, part of my job is to check out what our community is saying so that when the team meets again on Monday, I share the answers to that question.

Having reviewed all your tweets, likes, pageviews, shares, comments, listens and downloads (seriously, I do look at them all!), I can now reveal the three most popular segments from our July 24 Beauty podcast. To make this all dramatic, let’s start off with this drum segment. (The things I find online.)

Ok, here are the three top stories this week, in order:

#3: Xtravaganza
This piece, produced by Julia Alsop, features Jose Gutierez of the House of Xtrvaganza.

Yet, for all the positive tweets we received….

…one profile accused us of “columbusing” the story. For the record, our piece did explore that angle, particularly when Madonna made “Vogue” popular 25 years ago and many felt she was the latest example of cultural appropriation. Still, in the interest of including critiques of our shows, I will share the tweet:

@LatinoUSA @juliacalsop this isn't news. Get it together. Stop columbusing this and calling it news.

What do you think of the segment? Did we “columbus” the story?

#2: Removing Tattoos Made by Abusive Partners
Megan Kamerick‘s story resonated with many.

One tweeter told us this:

It takes a special kind of strength to seek removal of a tattoo forcibly made by an abusive partner. http://t.co/b5S6s3zzYX via @LatinoUSA

A Facebook fan said: “This was very moving. Thank you for reporting on this and good luck to Dawn and the other women.”

In addition, looks like Megan let her fellow @womenjournos know about her work, because today some very amazing women journalists are sharing the love. Just a few recent examples:

Cool story by @megankamerick on @latinousa: Dawn Maestas on her mission to remove tattoos from abusive partners http://t.co/gMixwPSxv4

As a digital reporter, part of the job these days is to let your followers and friends know about the stories you produce. Congrats to Megan for the amazing Twitter support she is getting for her very powerful piece.

#1: Teen Study Reveals Dangerous Chemicals In Cosmetics
Yet of all the stories our team produced this week, this one by California Endowment reporting fellow Vanessa Rancaño was the most popular:

I can’t give you a specific reason as to why this segment was our top story for this weekend’s podcast, but I would think that there is a history of activism for this cause, and you noticed that. As a few of you on Twitter told us:

@LatinoUSA I've been saying for quite sometime, the @US_FDA has failed to protect the American people & lobbyists control the policymakers

Of course, people love to hear about young people’s accomplishments. One Facebooker told us: “Great story. I so admire these students’ work!!”

.@LatinoUSA: >20% of chems in cosmetics assessed for safety by the industry's safety panel. http://t.co/iIsYcmRlUY #Salinas teens did this!

It didn’t hurt that UCBerkeley profiles helped spread the word about the segment:

UC Berkeley study of teens reveals dangerous chemicals in cosmetics, listen to the program on @LatinoUSA on @NPR: http://t.co/g1wTtozkDu

That’s all for now. If you ever have any comments about our show, tweet me @julito77 or tweet the show @LatinoUSA. I promise: we read all your tweets! Because if we didn’t, I would haven’t been able to share this gem we received today:

I came for the Bodega snacks and stayed for the Latino hip-hop ~ From a part time to full time listener – thanks @LatinoUSA !

See you next time!