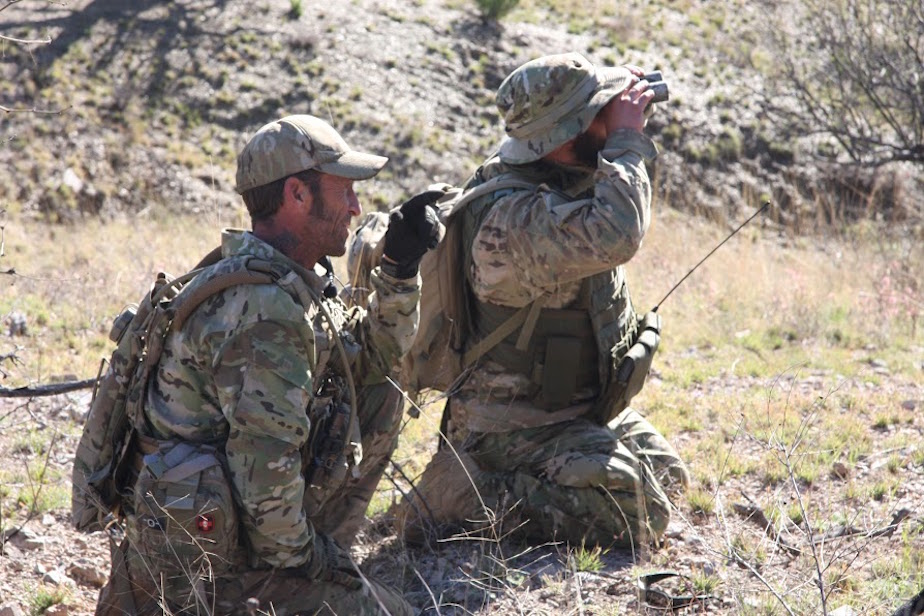 In 2008, Tim Foley was living in Phoenix and making $40 an hour running construction crews. Then the financial crash happened, and his life went up in smoke: he lost his job and his home. He couldn’t find another decent paying job, and felt that it was because there were too many immigrants working illegally in the country and chopping wages. Frustrated and adrift, Foley drove down to southern Arizona, living out of his truck at first. If the government wasn’t going to secure the border, Foley decided, then he would.

Today, Foley is the leader of Arizona Border Recon, a volunteer militia made up of former soldiers who spend their time camping out in the desert and policing the border—armed with GPS devices, night-vision goggles and assault rifles. Although Foley’s goal was originally to go after migrants, he decided to shift the group’s focus to gathering intelligence on drug cartels and disrupting the movements of drug traffickers.

One thought on “Inside an Arizona Border Militia”