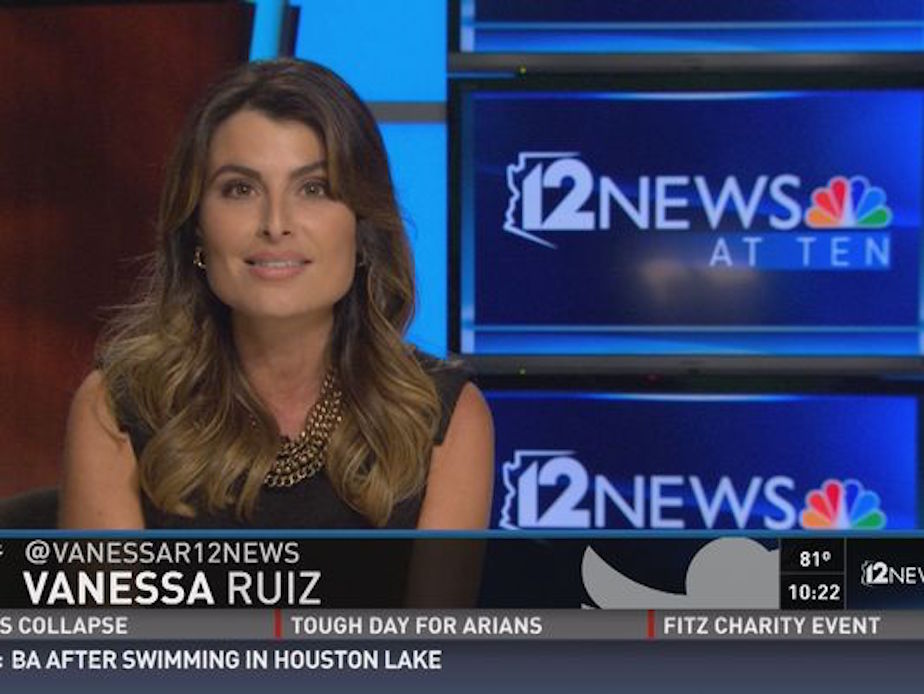 Meet Vanessa Ruiz. A few weeks ago, she joined Phoenix’s Channel 12 News as a new anchor. Before going to Phoenix, Ruiz did the morning show for KNBC in Los Angeles.

According to social media and a Buzzfeed article published earlier today, the bilingual Ruiz was getting criticized for the way she was pronouncing words in Spanish:

.@12News can someone please teach @VanessaR12News how to pronounce city names?

This past Monday, Ruiz went on television to explain:

She also wrote an opinion piece where she stated the following: “I seized the moment to address some viewer inquiries wondering why I pronounce certain words in Spanish in just that – Spanish. I was raised speaking both languages and for me, certain words just sound better when said in their natural way. It really is that simple. Nothing more, nothing less.”

Now that Ruiz’s video has gotten some attention, many people are tweeting her support. Here are just a few examples:

@VanessaR12News I love how you pronounce the words the way they are supposed to be pronounced!!! It’s a great change to embrace! — alicia torres (@aliciat31) September 1, 2015

@VanessaR12News You’re a fabulous addition to the network & I’m happy as a former English Major at UCLA that you pronounce words properly.

Don’t let gringos tell you how you should pronounce spanish words. All they wanna do is rob ppl of their culture @VanessaR12News — あや (@ayizzzle) September 2, 2015

Although, not everyone has been supportive:

@VanessaR12News by implying we don’t pronounce words correctly here. I’m allowed my opinion and that is you questioned our intelligence.

What do you think of what Ruiz had to say? Tweet @LatinoUSA, me @julito77 or add your comments below.