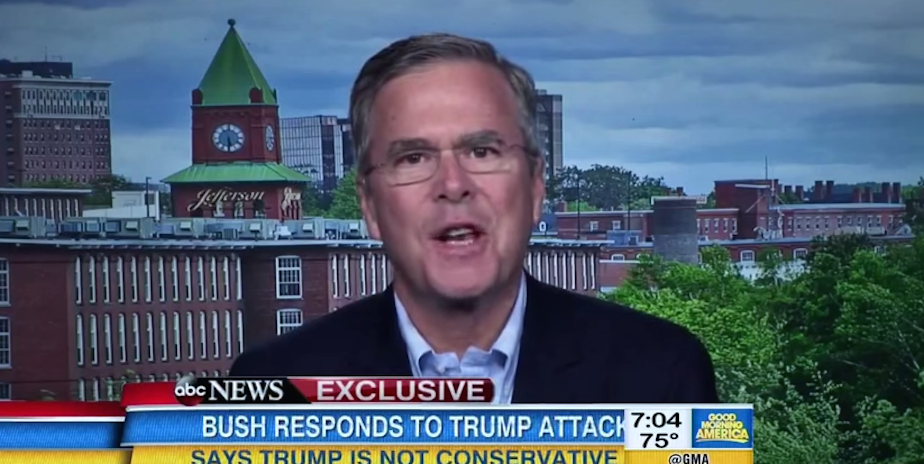 When asked about Trump’s reaction to Bush answering a reporter’s question in Spanish, Bush —who speaks fluent Spanish and whose wife is of Mexican descent— said, “I laughed. I mean this is a joke. I was in a press gaggle, where people asked me a question in Spanish, and I answered it in Spanish. Bush also added that Trump’s comments were “hurtful for a lot of people.” Bush noted that Trump is “appealing to people’s angst and their fears rather than their higher hopes.”

Here is the full video of the interview:

What do you think of Bush’s comments? Tweet @LatinoUSA or me @julito77. You can also add your thoughts in the space below.