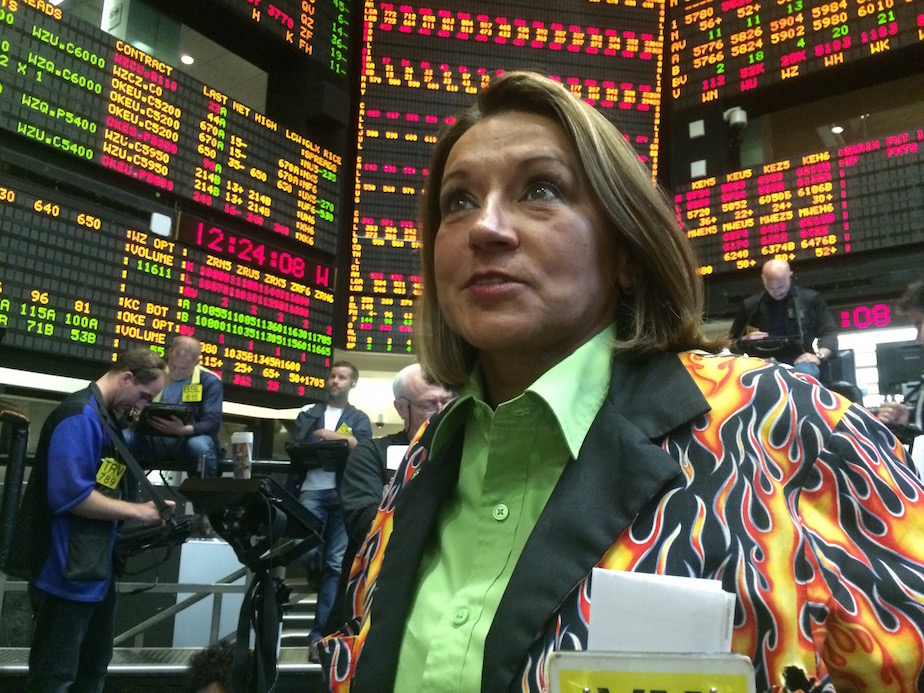 Chicago’s commodity exchanges have been more or less a man’s world. In massive windowless rooms covered in lights and bells, traders shout out numbers, aggressively competing for trades on things like corn and wheat options. Virginia McGathey, who is both Latina and gay, entered that world over 30 years ago. At first, she was taunted, ridiculed and even harassed. But by barking back, Virginia taught the men she worked with that they better respect her. Reporter Adriana Cargill tells us Virginia’s story.

One thought on “A Latina in Chicago’s Trading Pits”