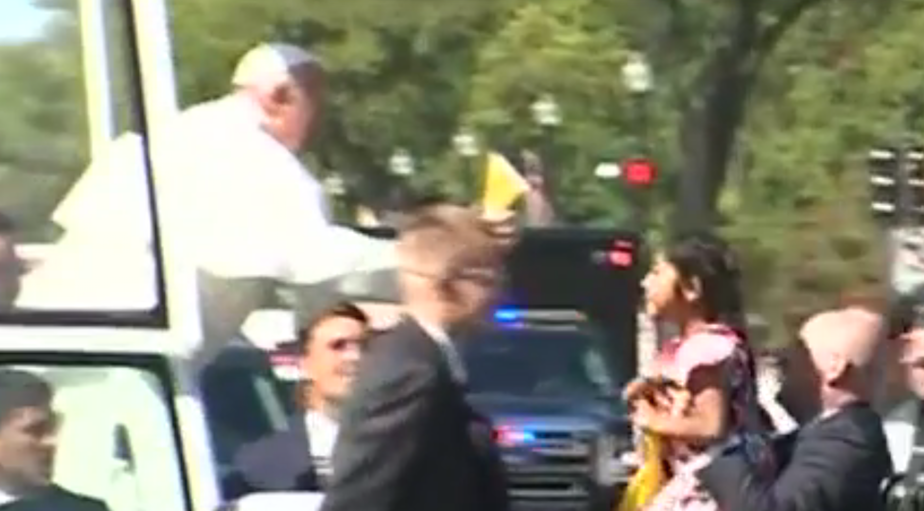 Earlier today, five-year-old Sofía (Sophie) Cruz crossed the barricade during Pope Francis’ parade through Washington, D.C., and had the chance to deliver the pope a t-shirt and a letter asking that comprehensive immigration reform get passed in the United States. Given that a large number of media outlets are covering the pope’s first US visit, the Internet was soon filled with videos of Pope Francis hugging Cruz, who had traveled from Los Angeles with her family. Here are some examples of what you can see online right now.

Reading Her Letter to the Pope

Being Interviewed in Spanish by Univision