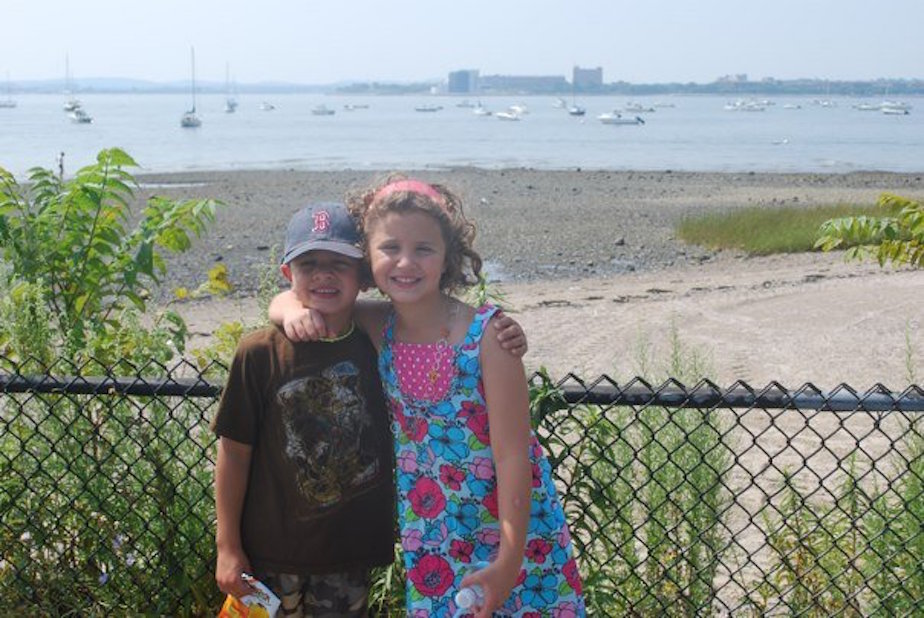 Hi, my name is Julio, and I am a failed Latino dad.

I have been trying to write that sentence for over 10 years now, ever since I consciously stopped forcing my kids to watch “Plaza Sésamo” or listen to José-Luis Orozco songs or read early Spanish-language board books. I don’t really know when I stopped talking to my two children (now both teenagers) exclusively in Spanish, but I think it was when I was traveling way too much from Boston to California during the days when I used to direct the development of PreK-6 Spanish reading textbooks and other materials for English Language Learners. In those days, I would spend most of my professional work days speaking, writing, editing and dissecting a language that I learned when I was growing up in Puerto Rico. I was out of the house a lot, and when it was time to come home, all I wanted to do was hang with my two young kids and not turn every moment I had with them into Spanish 101.

The guilt has been with me ever since. There are times when I feel that I have let all my ancestors down because I stopped speaking Spanish to my kids. It got so bad for me that when my daughter was ready to start first grade in my oh-so-not-Latino Boston suburb, I literally couldn’t believe that my local district’s amazing language immersion program focused only on French, and not Spanish. I recall the days when I would tell my wife, “French? Seriously? French? Why just French immersion? Is Spanish too second-class for them?” Still, I reluctantly agreed for my daughter to jump into French immersion. A few years later, my son did the same.

I had committed a mortal sin. I knew that my children had to learn Spanish, but I did very little as a dad to make that happen in their formative years. Didn’t I know about the research?

Then something remarkable happened. Around the time I was in a career transition, I was able to be closer to home. I started noticing that my kids were being exposed to what it is to be a bilingual learner. They both got really good at French, and we just started having natural conversations about language and communication.

I also never stopped exposing my children to my bilingual, bicultural world, but this time around, it didn’t feel like a parental assignment. It was just a papi hanging out with his children. And they were into it, not “YAY, PAPI!” into it, but, “That’s kind of cool” into it.

Music played a huge part in all this. Some of my greatest memories as a father during my kids’ elementary school years was driving to the all their activities and playing the music I loved in the car. It was then when I saw some interest in my children understanding that part of their world is a Puerto Rican and Latino one. For that, I thank people like Roy Brown:

And Los Tigres Del Norte (one of the characters’ last name in the song is Varela):

Then when my kids started using social media (a WHOLE other topic) and they realized that I knew about it more than them, they started getting into what I did. My daughter, now 15, has been following Latino Rebels for a while now and listens to Latino USA. My son, who is now 13, tends to identify his Latinoness through sports, especially soccer and baseball. It also doesn’t hurt that I (and his abuelo) can tell him stories about Clemente:

What I find now is that my kids are trying to figure out their identity, and I don’t (or never wanted to be) that dad who tried to box them in before they even had a chance to find that identity on their own. Now, when my son chooses the Puerto Rican flag for his FIFA video games, I smile, or when my daughter tells me that she wants to see her cousins in Puerto Rico and wants to learn more about her heritage, I smile even more. I always wanted to mold my children in the way I would want them to be, but that was so unhealthy, especially for them. Better to let it be natural and have their curiosity lead the way. Once it does, I jump in like the crazy papi that I am.

I have come to terms with this confession, and I am ok with it. I have also talked with many friends of mine who find themselves in the same dilemma. Are we being bad Latino parents? Once, I thought I was, but now, I know I am not. The best thing you can do for your children is to love them unconditionally and let them explore their identity on their own terms, just like I did when I was growing up.

When I was a new parent, I was scared.

I felt the pressure.

I thought there could only be one way.

But having done this for 15 years now, I can only conclude that parenting is so messy, so complicated, yet so amazingly rewarding, that I would never want it any other way.

I share all this with you because tomorrow the Latino USA team will spend a whole hour on parenthood, and at one point in the show, Maria Hinojosa and I talk about this very same issue. In my conversation with Maria, I find out that wow, she too had similar feelings as a parent. Yeah, Maria Hinojosa felt the same way. It is a show you don’t want to miss.

Now back to the music.

The next song I am playing for my kids?

Oh yeah, I did forget to tell you: both my kids plan to take Spanish soon. But it is their choice, not mine.

So are you a Latino parent? I would love to hear your thoughts about this topic. Tweet me @julito77.

5 thoughts on “Confessions of a Latino Dad”