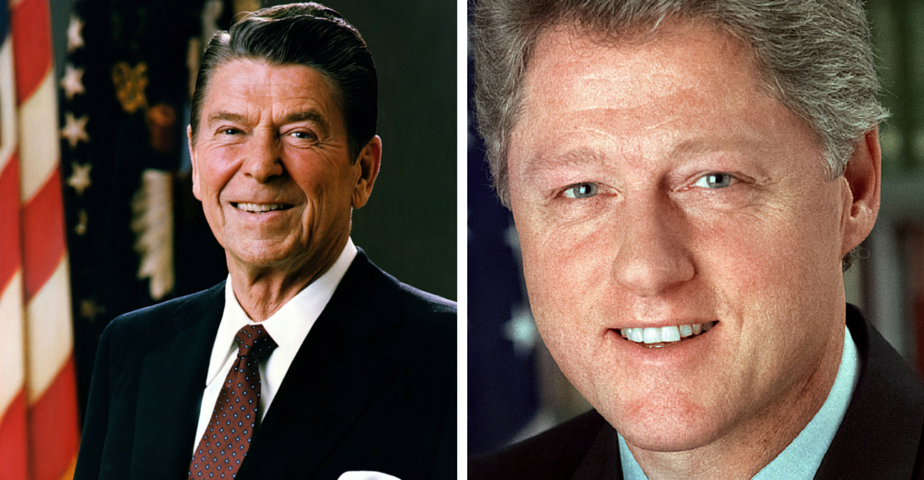 With the immigration debate continuing to be discussed during the 2016 presidential election cycle, I take a moment to provide you with a political history lesson. Here are two video clips from a 1980 Republican presidential primary debate. In the first shorter clip, candidate Ronald Reagan shares his thoughts:

Reagan’s comments came right after George H.W. Bush answered a question from the audience about whether “illegal aliens” should pay for their children’s public school education:

In 1984, Reagan reiterated his position during a national debate with Walter Mondale, his Democratic opponent:

Yes, President Reagan said this in 1984: “I believe in the idea of amnesty for those who have put down roots and lived here, even though sometime back they may have entered illegally.”

Those clips have been making the Internet rounds for a while now. In fact, the site I founded discussed this very same topic in a 2012 post (and revisited last month). Andrew Sullivan wrote a post in 2011, linking to the Reagan-Bush debate comments. In 2010, NPR produced a segment about Reagan’s immigration views and how pushed for 1986 immigration reform bill, which in today’s political climate, would more than likely never pass.

Ironically, Reagan’s “amnesty” talk was countered in the mid-90s by a Democrat: President Bill Clinton. Here is a clip of what Clinton during his 1996 the State of the Union speech:

A rare presidential ad from 1996 also featured President Clinton as being tough on immigration, while suggesting that his opponent, Bob Dole, was not.