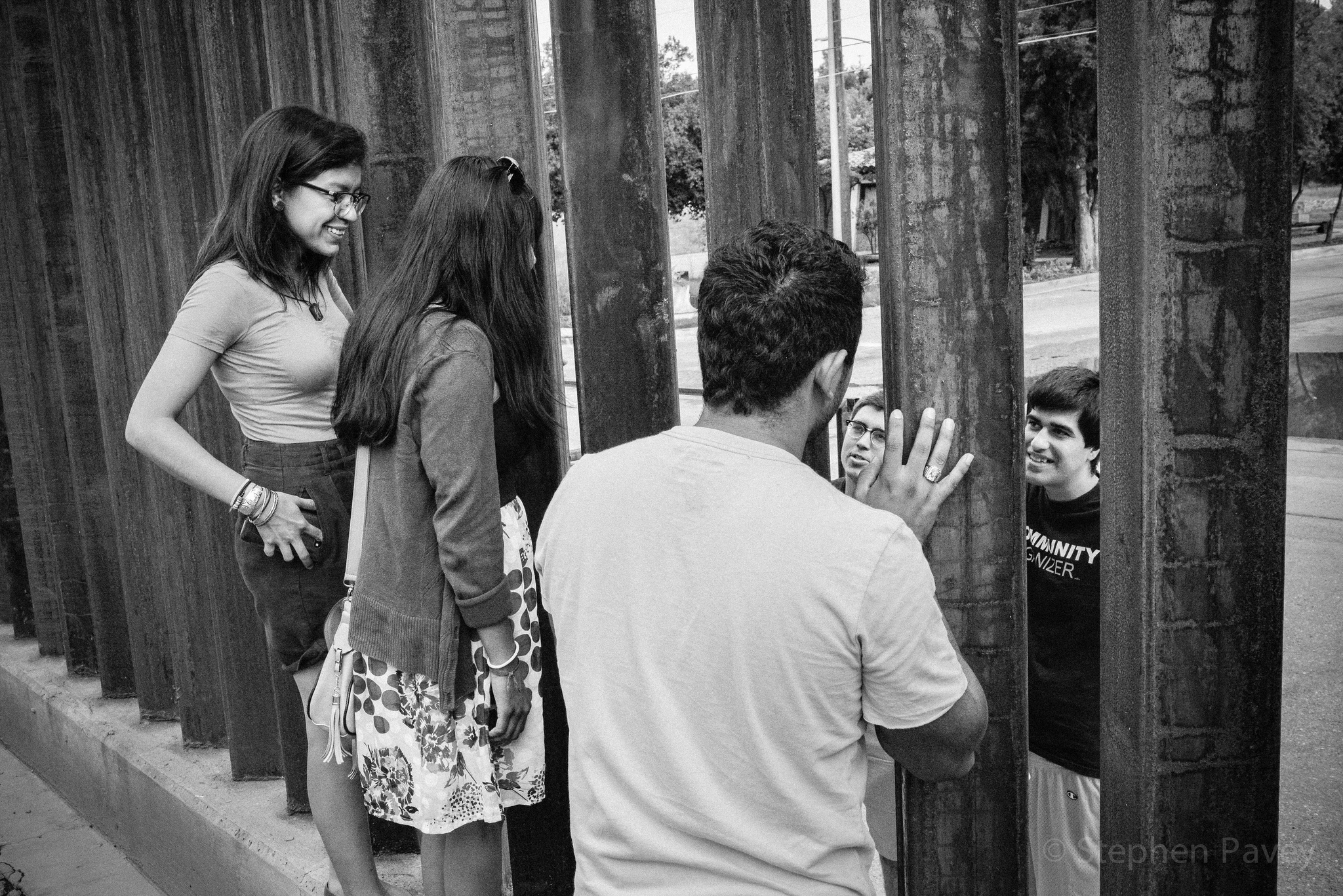 It was a Sunday afternoon in the summer of 2013 and a colleague and I drove down to the U.S.-Mexico border after hearing that a group of young undocumented immigrants were planning an unusual protest to try to get back into the U.S.

Protests at the border were happening often but this one seemed different.

I was working for Arizona Public Media, Tucson’s NPR station, and when I got to Nogales, Arizona, I met Mohammad Abdollahi, the activist organizing the move. We walked down to the international border fence and there were people on the other side waiting for Mohammad.

Through the international fence I talked with Marco Saavedra and Lizbeth Mateo. They stood on the Mexican side of the border fence with Maria Inez Peniche, also part of the Dream 9, a name for which the group would be known.

They were going over details about what they would attempt the next morning.

The nine “dreamers” were planning on walking up to the Morley pedestrian port-of-entry in Arizona wearing caps and gowns and asking for asylum to re-enter the United States. They would be using the graduation outfits to signify their desire to continue an education in the U.S.

This was one of the boldest moves by undocumented youth yet.

Even bolder for some of the Dream 9 who went to Mexico specifically to come back through this staged protest.

Dreamers —young undocumented activists brought to the U.S. as children— had been present in the immigration debate and although I knew this was a risky and unique move, I didn’t realize at the time that this was the beginning of something bigger.

Marcos told me that not knowing if they would be allowed back in the U.S. was scary. He and Lizbeth seemed worried but also determined. They may not have known all the details about what would happen next but they had a goal and they would do whatever it took to get there.

As the sun began to set they finished asking Mohammad about the plans for Monday morning. Mohammad stuck his arms through the international border fence for hugs and then walked up the street in the U.S. as the undocumented activists walked back into the busy streets in Sonora, Mexico.