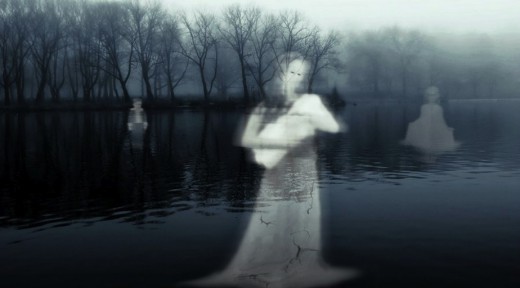 In honor of el Día de los Muertos and Halloween, this weekend’s Latino USA (premiering tomorrow October 30 at LatinoUSA.org) is all about the legends, tall tales, cuentos and ghost stories handed down from generation to generation. To get our listeners ready for the show, our team created a video playlist of some of the most popular stories we have heard (and songs about those stories, too).

Here is a video of New Mexico’s Joe Hayes retelling The Legend of La Llorona (The Weeping Woman):


The La Llorona song has been performed by many artists. The version from Chavela Vargas is perhaps the most well-known by contemporary audiences:


La Lechuza (The Owl) is another legend we will be discussing. A group of students produced a quick summary of the story’s main plot points.


La Lechuza even made local Texas news a few years ago.


There are, of course, other spooky stories. This is Joe Hayes’ retelling of El Cucuy.


Another legend is that of El Silbón (The Whistler).


And don’t forget about El Chupacabra (The Goat Sucker)


What legends and stories would you include? Tweet us @LatinoUSA or add your comments below. In addition, if you haven’t heard our latest show, here is “Ghost Stories.”