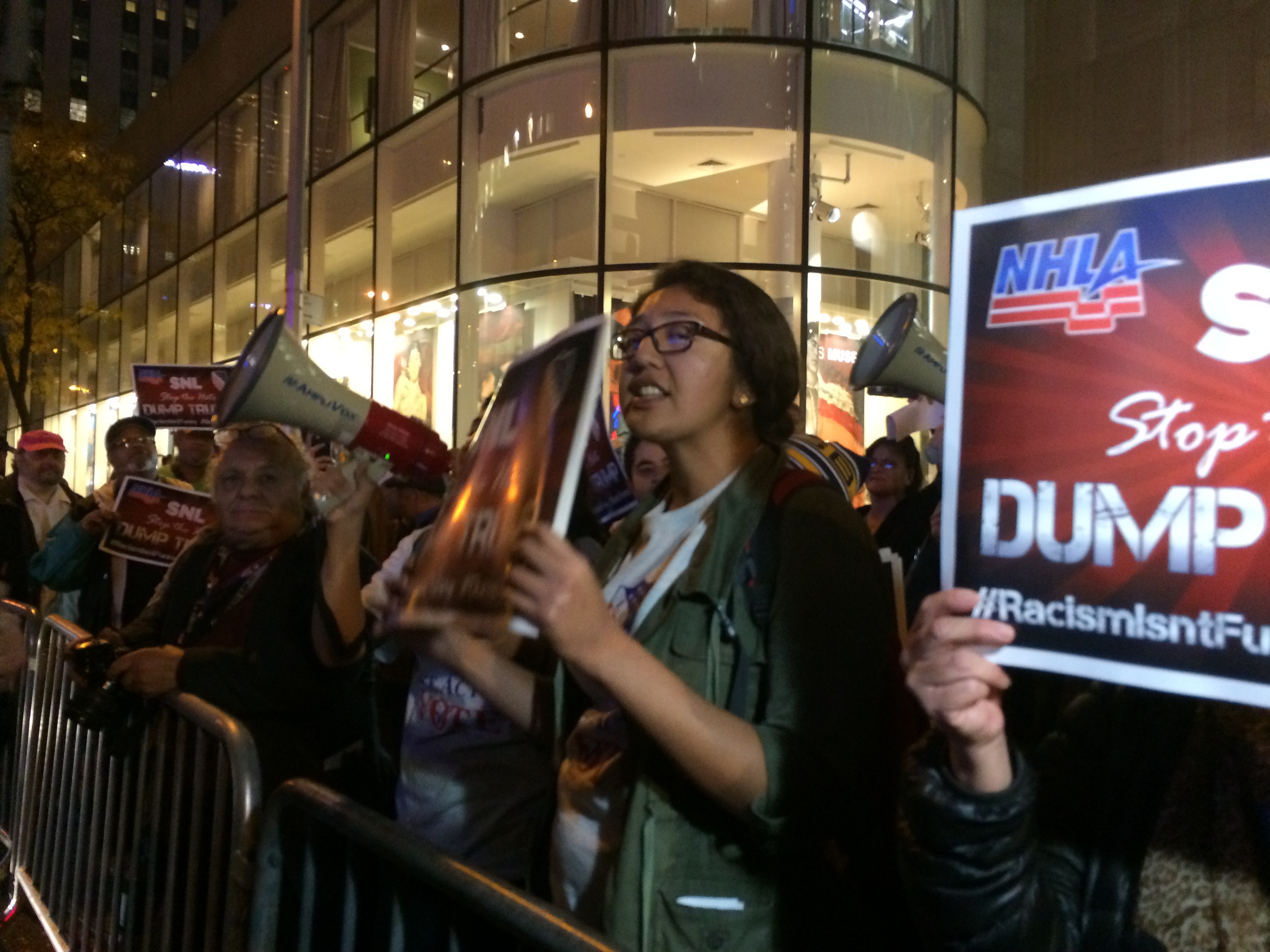 “Racisim isn’t funny,” said Juan Escalante, director of digital campaigns for America’s Voice, an immigration rights organization based in Washington, D.C. “When Trump says he’s going to deport 11 million people he means it. When he calls us murderers and rapists, he means it.”

Escalante —the main organizer behind Racism Isn’t Funny, a microsite featuring several online petitions that call for NBC to disinvite Trump as SNL host— traveled to the network’s main studios at Rockefeller Center to deliver the petitions. About two dozen people held signs that read “Stop the Hate, Dump Trump” outside NBC. Escalante walked inside the lobby and about five minutes later came out and said a man by the name of “Adam,” who would not identify himself by title or say his last name, took the box with petitions.

“Bottom line is that there is no room to repackage hatred and racism and pass it off as comedy. What NBC and what SNL are doing is shameful,” Escalante said.

The New York Times posted a video clip of Escalante delivering the signatures:

Despite the low attendance, organizers said that they will continue to put pressure on NBC, SNL and the show’s sponsors for agreeing to host Trump even after NBC had decided to cut business ties with the Republican candidate for comments he made about Mexican immigrants in June.

According to the Associated Press, Trump said that he welcomed the protesters: “Look, I think they should demonstrate. Ratings will go even higher than they are going to be. It’s going to be one of their highest-rated shows ever and they’re very excited about it.”