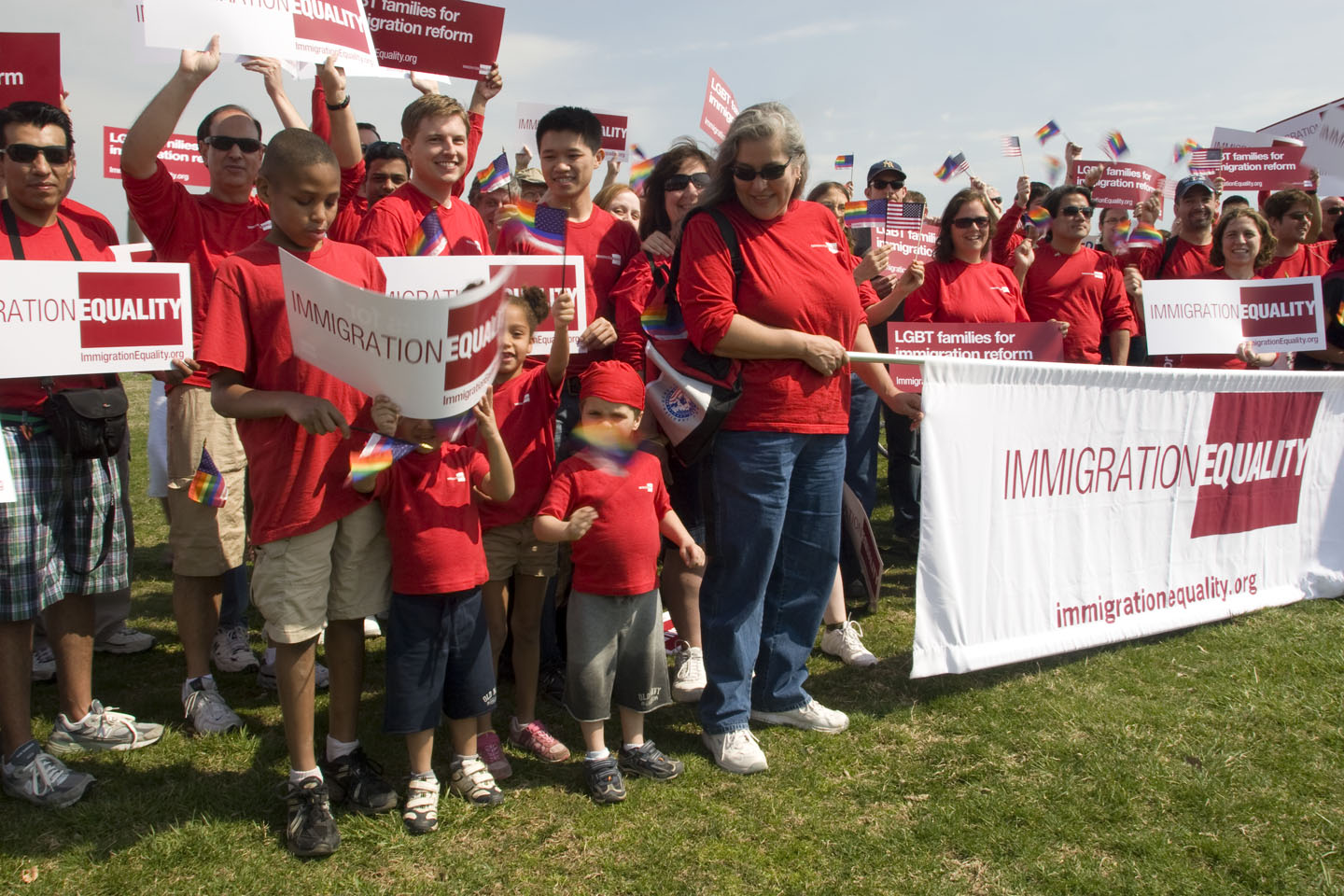 In anticipation of Latino USA’s upcoming show about the U.S. Latino vote (premiering this Friday November 6), I plan to share daily historical examples of American politics and Latinos. My first post was about Jackie Kennedy campaigning in Spanish. The second post highlighted the country’s first Latino senator. The third post focused on U.S. Latino voters and the presidency. Last Friday, I focused on Hispandering. Earlier this week, I wrote on the three little-known facts about the Latino vote. I also gave the US Cabinet a Latino report card. Today, I ask the question: Do U.S. Latino voters still care about immigration?

Of all the comments I hear in newsrooms, the one about Latino voters no longer caring about immigration as a top voting issue continues to come up. I do want to dive a bit deeper and try to answer the question. From a purely statistical perspective, it is accurate to say that U.S. Latino voters don’t think immigration is the top voting issue. A 2014 Pew study said this:

“Among Latino registered voters, two issues rate highest in importance. Fully 92% say education is an extremely (49%) or very (42%) important issue to them personally, and 91% say jobs and the economy is an extremely (46%) or very (45%) important issue. Following these two issues is health care, which 86% of Latino voters rate as extremely important (40%) or very important (46%). These three issues have consistently rated as the top three among Latino voters in Pew Research Center surveys (Krogstad, 2014), and the ranking is similar to that seen prior to the 2012 presidential election (Lopez and Gonzalez-Barrera, 2012).” But then Gallup released its own 2014 poll, which showed that immigration was the second most important issue for Latinos after the economy:

“Over the summer, the percentage of U.S. Hispanics naming immigration as the most important issue facing the U.S. nearly doubled from the first half of the year, as the issue received heavy media attention related to the surge of unaccompanied migrant children from Central America. Concern among the general public about the issue intensified as well, rising over threefold, but Hispanics remained more likely to name this issue as one the country’s top problems.” A 2014 election eve poll by Latino Decisions, hired this year by the Hillary Clinton campaign, concluded that immigration was the top issue for Latino voters: Earlier this summer, Univision commissioned a poll about the 2016 election and the Latino vote. It did asked voters about important issues. Here was the breakdown for the top four issues: Still, there is no denying that even if immigration might not be the top issue, U.S. Latino voters still think it is important that some form of comprehensive immigration reform get passed soon. This is what Pew reported in 2014: This would be in line with a 2014 post-election poll that shows that a majority of Americans want Congress to pass some type of immigration reform legislation.

When it comes to a pathway to citizenship, Gallup shared this a few months ago:

“Hispanics (77%) are more likely than non-Hispanic whites (62%) or non-Hispanic blacks (70%) to favor a path to citizenship for immigrants who are in the U.S. illegally. One in five whites, compared with 14% of blacks and 8% of Hispanics, prefer deporting undocumented immigrants back to their home countries.” In addition, another Pew poll from earlier this year included these findings:

“Hispanics, younger Americans and Democrats are among the most supportive of both allowing undocumented immigrants to remain in the U.S., and having the opportunity to apply for U.S. citizenship. And don’t forget the 2011 Gallup poll, which shared this:

“One-in-four (24%) Hispanics say they personally know someone who has been detained or deported by the federal government in the past year.

Familiarity with detainment and deportation is highest among foreign-born Hispanics who are not U.S. citizens and not legal residents. Among this group, more than a third (36%) say they know someone who has been deported or detained in the past year.

However, familiarity with detainment and deportation is not limited to the foreign born. One-in-five (22%) native-born Hispanics say they personally know someone who has been detained or deported by the federal government in the past 12 months. And among Hispanic registered voters, one-in-five (20%) say they know someone who has been deported or detained.” So what do you think? Tweet me at @julito77.

2 thoughts on “Do US Latino Voters Still Care About Immigration?”