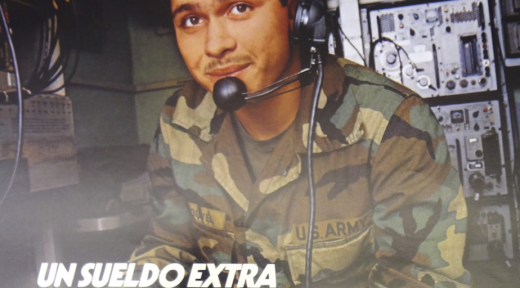 In the early 2000s, the Army aimed to raise its recruitment numbers through diversity. Army marketers tried developing an inclusive advertising message that could be relevant to all target demographics using research based on gender and ethnicity. Eventually, they received help from advertising agencies that helped develop Spanish-language ad campaigns. To understand the role marketing plays in Army recruitment, you have to go back to its history. Since the draft ended in 1973, the Army has switched up its marketing tactics and target demographic, especially looking at the growing U.S. Latino population. Marketing tactics made Latinos feel like they are part of the nation, giving them a “cultural citizenship.” And it worked. From 2001-2005, the Army’s Latino enlistment rose 26%.

Here are three examples of ads tailored to Latinos: View all of Enlisted

2 thoughts on “Tío Sam Wants You”