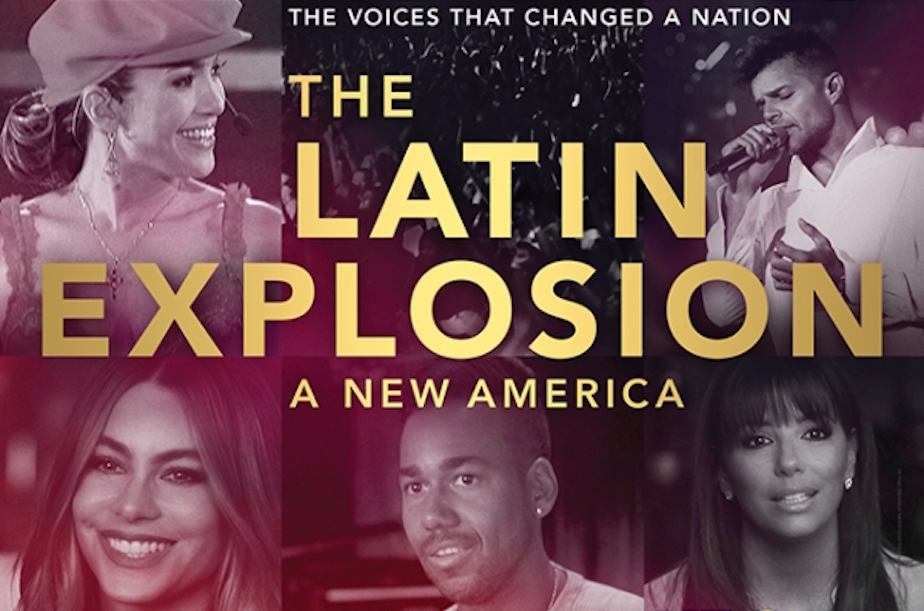 There was something incredibly meta about catching an advanced screening of HBO’s “The Latin Explosion” and noticing a very happy Pitbull in the VIP audience watching Pitbull being interviewed on a large screen at New York’s Hudson Theater last week. Mr. Worldwide was not the only star at the screening—George Lopez, Thalía, Gloria Estefan and Rita Moreno were among the many VIPs who attended and who represented “the new American power brokers in the world of entertainment, business, politics and the arts.”

To say that I was skeptical about the documentary, created by Tommy Mottola (Thalía’s husband), was an understatement. I guess I had seen too many projects falling into the same genre: Latinos are huge! Latinos are amazing! Latinos are taking over the world! Let’s interview JLO, Sofía and Eva! I went into the screening expecting yet another contrived production.

However, within the first few minutes, I was pleasantly surprised.

Soon enough, I was hooked.

The premise of the documentary’s central thesis is simple: use music to tell the history of Latinos’ growing influence and numbers in the United States. The musical history side held its own for the most part, but it was the intention to go beyond the music that ultimately still makes “The Latin Explosion” yet another demographic-driven marketing documentary about a topic that keeps getting overplayed.

Before explaining why the documentary doesn’t fully deliver, it’s best to focus on what it did best—tell the history of Latino America (still a new, evolving and at times, uncomfortable label to many) through music. This is the theory: How the mambo craze of the 30s and 40s set the stage for a “Latin explosion” that eventually led to acceptance of Latinos into the U.S. mainstream and the creation of “A New America.”

The film had me at the beginning with iconic figures such as Pérez Prado and Benny Moré. And before you know it, narrator John Leguizamo had us connecting the dots to Desi Arnaz’s “Babalú” and an emotional speech Arnaz gave as his wife Lucille Ball and emcee Ed Sullivan watched. The Hudson Theater viewers felt Arnaz’s immigrant story and instantly resonated with it. Yes, Arnaz was doing things in the 1950s that had captured the soul of the U.S. television landscape, but to some the white Arnaz was just co-opting Afro-Cuban traditions. “The Latin Explosion” would never “go there,” and I wasn’t expecting that it would, but still you are left to wonder: what if, for instance, Benny Moré had played Ricky Ricardo? Would we be telling a different story? Would the country have been ready for “The Latin Explosion” in the 1950s as they now seem ready for it with Romeo Santos?

After Arnaz, Rita Moreno took center stage, along with West Side Story. The impact of that film and her Oscar-winning speech (it was brief) is still felt to this day. A lot of what Moreno shared in the documentary was very similar to what she had told Latino USA earlier, yet it was fantastic to see Moreno on film. That is always a good thing.

It is here where the documentary could have easily been criticized for its East Coast Cuban and Puerto Rican urban biases, but the sudden pivot to the 60s and how so many rock n’ roll singers (Sam the Sham, Question Mark and Cannibal) had to hide their Mexican American roots to perform was perhaps one of the film’s most poignant and intriguing parts.

The creative choice to hat-tip this little-known fact was the right decision. However, the decision to not spend more time on this topic was not. The documentary should have given these bands their due, just like it did with José Feliciano, Carlos Santana and the Fania All-Stars. Such a glossing over was a disappointment.

The Feliciano segment was excellent and so was the Santana one. Once the film explored the cultural 70s phenomenon that was Cheech and Chong, the continued focus on musical history seemed promising. Celia Cruz with Fania was as fun as you can get.

That is, until the documentary overreaches. Instead of focusing on even more pioneers (how are Ruben Blades and Juan Luis Guerra not included?), the documentary bakes up a conclusion that lacks originality. Musical prowess leads to political power? Marco Rubio, Sonia Sotomayor and Julián Castro are the byproducts of “Livin’ la Vida Loca?” The film stretched a bit too far in the end, leaving the viewer confused and discombobulated. It felt too packaged and too stale. Instead of highlighting the new unheard voices of Latino America (and there were several in the Hudson Theater crowd), HBO and the film’s producers rolled out the same voices we have been hearing for years.

“We’re a very loyal culture, that’s why products want us so bad because we’re loyal consumers,” Pitbull told us in the film.

Maybe that mainstream consumer narrative is good for the masses, but for me, I will always choose Question Mark (Rudy Martinez) over Pitbull. Question Mark’s world has always seemed more authentic, and “The Latin Explosion” should have focused more on those musical stories, instead of giving us the same tale of an overdone theme we have heard too many times now.