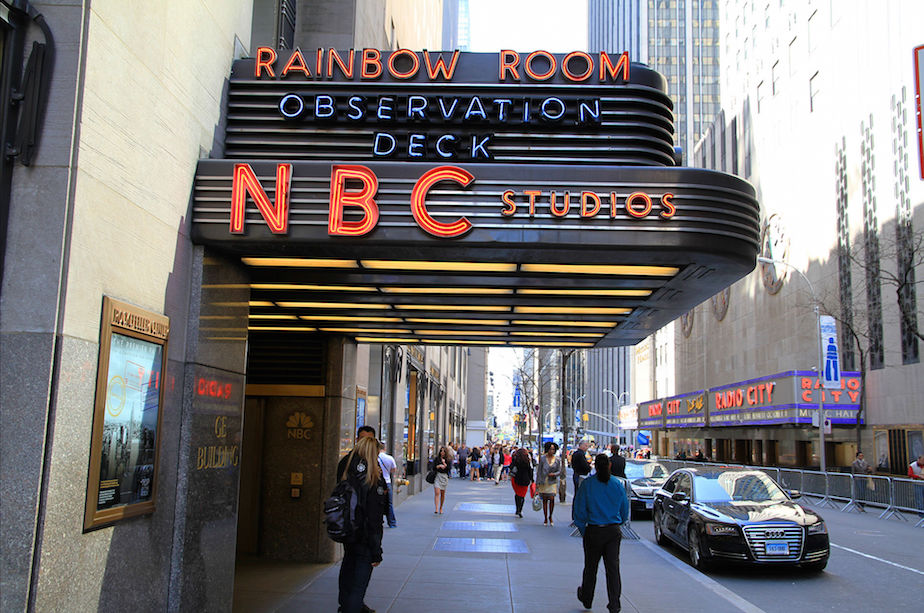 A story published last night by POLITICO reported that members of the Congressional Hispanic Caucus (CHC) expressed serious concerns during a meeting with NBC executives, when NBC News President Deborah Turness used the term “illegals” and said the following: “We love the Hispanic community…Yo hablo español.”

The meeting was intended to lower the tensions between Latino lawmakers and NBC after the CHC (as well as other organizations) had called for “Saturday Night Live” to disinvite Republican presidential candidate Donald Trump from hosting SNL’s November 7 show.

According to POLITICO, some lawmakers were “irate” by the end of the meeting:

‘There was a lot of frustration in the room,’ said Rep. Tony Cárdenas (D-Calif.). ‘You know that [Trump is] an issue on all of our minds and as soon as you start talking about it, you say none of the executives for the entertainment (division) are here. It was a cop out. It was disingenuous.’

Cárdenas argued that if Trump — who has made a series of remarks about Hispanic immigrants, including calling them “rapists” — said similar things about African-Americans or Jews, NBC would not have had him on the show.

The meeting “was about them sitting down with the Hispanic caucus for the sake of saying they met with us,” said Cárdenas, who was a leading voice against the Comcast-Time Warner Cable merger. “Like that is progress.”

The POLITICO story said that NBC “did discuss their diversity efforts during the meeting, noting that the company has added more Hispanic correspondents to ‘NBC Nightly News.’ They also touted news that Jose Diaz-Balart, an MSNBC and Telemundo host, will officially become a rotating anchor on the Saturday edition of “Nightly News” and will be a regular contributor to ‘Meet the Press.; That part was well received, according to a source familiar with the meeting.”

In a written statement sent this morning to Latino USA, America’s Voice Juan Escalante, who organized the online petition campaign that called for NBC to disinvite Trump from SNL, shared his thoughts about the NBC meeting and the POLITICO story:

“Despite the intense backlash that NBC received over Donald Trump’s appearance on Saturday Night Live, it now even clearer that the network has no intentions of adequately representing Latinos—at any level. Latinos and immigrants are members of a vibrant community, who come from all types of backgrounds: and just like anybody else, we ask to be treated with dignity and respect.

It is inexcusable for Deborah Turness, President of NBC News, to call immigrants ‘illegals’—yet another sign of how out of touch and insensitive NBC is towards members of our community.

NBC and its executive just don’t get it! And it’s shameful for them to continue down this path of inadequacy. I am thankful for the members of the Congressional Hispanic Caucus for correcting Ms. Turness, and for pressing NBC to take a closer look at its diversity. It seems to me that NBC decided to shred the 500,000 petition signatures that I hand delivered to their studios in New York City, which called on their network to not use ‘SNL’ to satirize Donald Trump’s anti-immigrant rhetoric.”