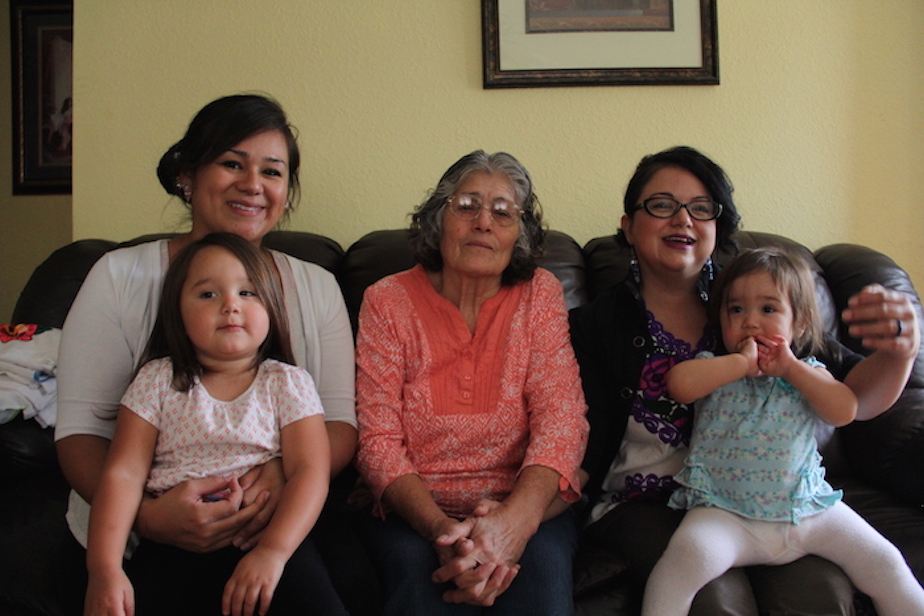 For this week’s Latino USA, we profile the Mexican and Native American communities who live together on the Yakama Nation, a Native American reservation in Eastern Washington.

The Yakama people are heavily outnumbered by Latinos on the reservation, who settled here over recent decades because the region’s robust agricultural industry. Maria Hinojosa and Latino USA producer Marlon Bishop spent about a week on the reservation, with local reporter Rowan Moore Gerety of Northwest Public Radio. During our time there, we witnessed two communities often in conflict with one another, despite shared indigenous roots. There were conflicts over tribal taxes and tribal laws, over the perception of “special concessions” for Spanish speakers and often, over nothing at all except old-fashioned racism. But we also witnessed communities that are learning to live with one another, who are borrowing from each other’s cultures, and who starting families together. Below, are some images we captured during our time there.

All photos by Marlon Bishop

3 thoughts on “Latinos on the Reservation: In Pictures”