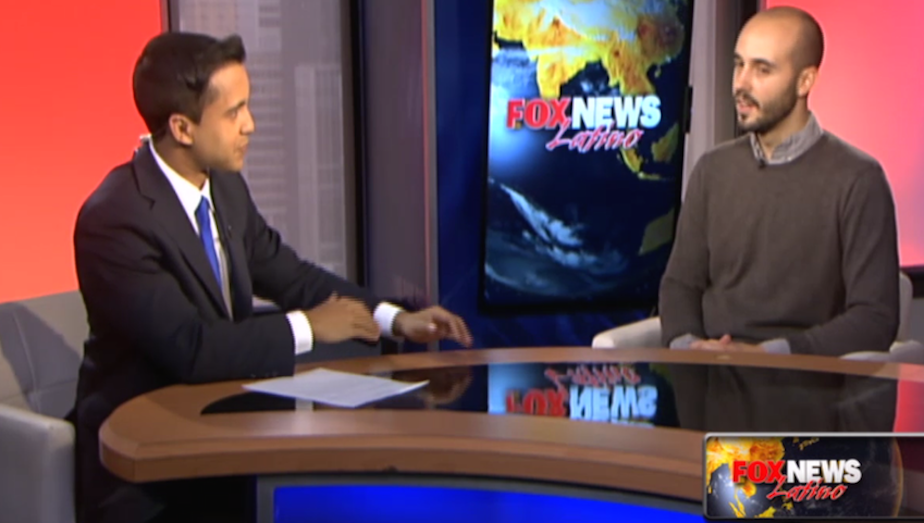 In anticipation of our newest Latino USA episode about being Jewish and Latino, producer Michael Simon Johnson spoke with Fox News Latino’s Bryan Llenas about the show, which premieres Friday December 4 on LatinoUSA.org.

As Michael says: “We are trying to get a more personal look at what being Jewish and Latino is really like and dissect some of the identity issues. Those are two very historically distinct identities that often take a lot of wrestling with as single individuals, especially in the United States where identity is such a complicated issue.”

One thought on “What’s It Like to Be Jewish and Latino?”