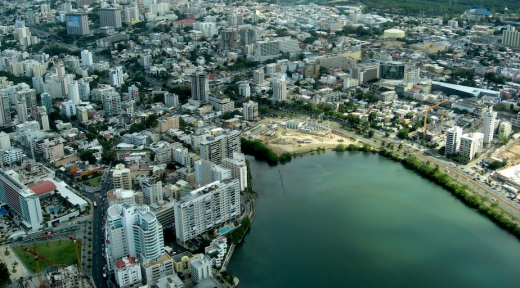 Puerto Rico’s current fiscal crisis is unprecedented, drawing worldwide attention to the island’s unique political relationship with the United States. The island is self-governed and receives generous federal funding, but on the other hand does not have voting representation in Congress and is subjugated to U.S. federal law. Island leaders have capitalized on the heightened attention to promote their particular status preferences, be it statehood, increased autonomy or independence. Nevertheless, there are crucial internal deficiencies that if gone uncorrected would result in further chaos regardless of whether Puerto Rico were to become a state or not.

Puerto Rico has a monstrous and bogged-down government apparatus. All of the island’s 1,055 schools are administered by a single agency, with a non-existent role of local governments when compared to other states and countries. The truth of the matter is that the distribution of power within the island is highly centralized, inefficient and frankly undemocratic.

State law also creates a cookie-cutter model for each and every of the island’s 78 city governments. The state establishes each mayor’s pay scale, and even establishes a minimum of nine departments that each mayorship must have. Each and every expenditure carried out by the city must be processed through a state agency. Local property taxes are capped by the state and collected by a centralized agency, who in turn keeps its cut and distributes funding per its own formula. City Councils for most municipalities are composed of 14 members, each hand-picked by the mayoral candidates and elected at large on the mayor’s ticket, as opposed to separate city council districts.

77% of all public revenues are kept by the state. Neither can cities go directly to the bond market to finance their public works and long-term investments, instead having to beg the state for a chunk of whatever bonds the central government bank can get ahold of. If the state has bad credit —which it does— then bond dollars do not trickle down to the local level. Most importantly, local governments cannot roll out basic public expenditures such as trash collection or payroll without state transfers or handouts, which at times are distributed discriminately.

Mayors are heavily partisan, compared to other jurisdictions that at times even prohibit mayoral candidates from running for a particular party. Despite Puerto Rican mayors having absolutely no say in the status question, the pro-statehood and pro-autonomy parties fight over mayorships each election cycle. The mayors thus dangle between caudillo-style politics and the embarrassingly weak local government. Clientelism ensues.

Citizens are rarely consulted, with all elected post up for grabs simultaneously every four years. Occasionally highly political issues are submitted to referendums, but never matters regarding public administration or finance. Bonds and tax proposals are not decided at the polls, but by politicians in San Juan and central bank bureaucrats. Billions of dollars are borrowed each term to divide among legislative pork and big dollar projects that often generate long-term losses or are left incomplete. Mayors and legislators have traditionally won elections promising large public works such as trains, convention centers and sports complexes. Meanwhile, lampposts lack bulbs, community centers paint, and park swing sets broken.

The statewide public utility company is grossly inefficient, with electric costs being the highest in the U.S., after Hawaii. The authority has long been mired by highly paid executives with luxurious bonuses, bureaucracy and political favoritism among its ranks. Nevertheless, legislation recently proposed by Puerto Rico’s executive branch suggests decreasing public participation on the board, lowering the number of elected members from three to two. Meanwhile, many local governments in other jurisdictions stateside and internationally use public utility cooperatives as opposed to centralized authorities. Island leaders are considering privatization before democratization.

It does not stop there: the tendency to centralize even further is predominant, as seen in a 2014 tax code amendment that took away one third of cities’ sales tax revenue and designated into a state legislature pork barrel fund. Though the state has experimented with the delegation of certain functions to local governments, such as school transportation and road maintenance, the central government is still hesitant to let go of its power and decentralize further responsibilities.

The lack of democracy and local governments in Puerto Rico is a subject which has gone largely ignored in previous months. As interest spikes with recent congressional talks on Puerto Rico’s fiscal situation, numerous bills have been filed with the intention to create a President-appointed federal fiscal control board to oversee the island’s finances. The tendency to seek even more top-down oversight, further isolates the already disgruntled electorate from their leaders. The result is a democracy in Puerto Rico that only exists one day each four years, with politicians running amok in between.

The views expressed in the op-ed are the author’s own opinions and do not necessarily reflect the editorial views of Latino USA or Futuro Media Group.