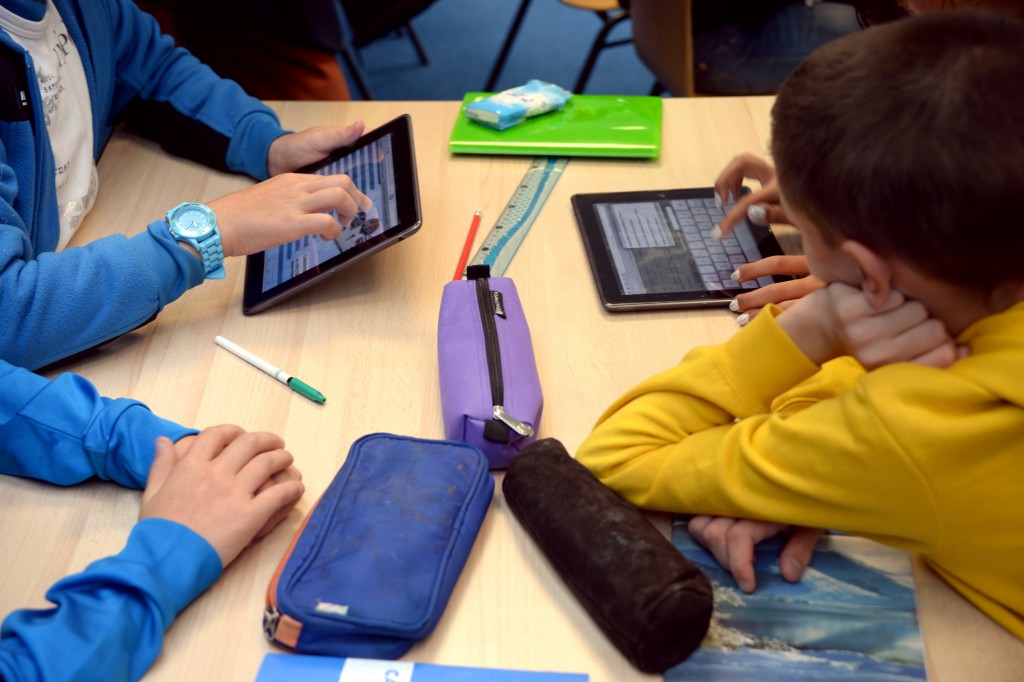 In 2014, the Los Angeles Unified School District (LAUSD) implemented an ambitious program to get technology into the classroom: give every student from elementary to high school an iPad.

LA Unified is the second largest school district in the country. Close to three-fourths of the district’s 700,000 students are Latino. The idea behind the program was to even the playing field. The superintendent at the time, John Deasy, called equal access to technology in the classroom a “civil rights issue,” and said that he was going to “provide youth in poverty with tools that heretofore only rich kids have had.”

Yet from almost the moment the iPads were handed out, problems ensued. The iPads came with software installed by the Pearson Education Company. The software was glitchy and at the time of distribution was only on spec. As part of a statement from Pearson to Latino USA after the original airtime for this segment, Pearson spokeswoman Laura Howe wrote:

Though we consistently worked with our partners in LAUSD to resolve issues as they arose, due to multiple factors, it became clear that this was not the right solution for LAUSD’s technology program at this time.

The iPad scandal led to a resignation, high-profile lawsuit and FBI investigation into the district’s handling of the program. Latino USA producer Antonia Cereijido asks: What happened? How did a program that was meant to help hundreds of thousands of students go so wrong?

View all of Limited Data