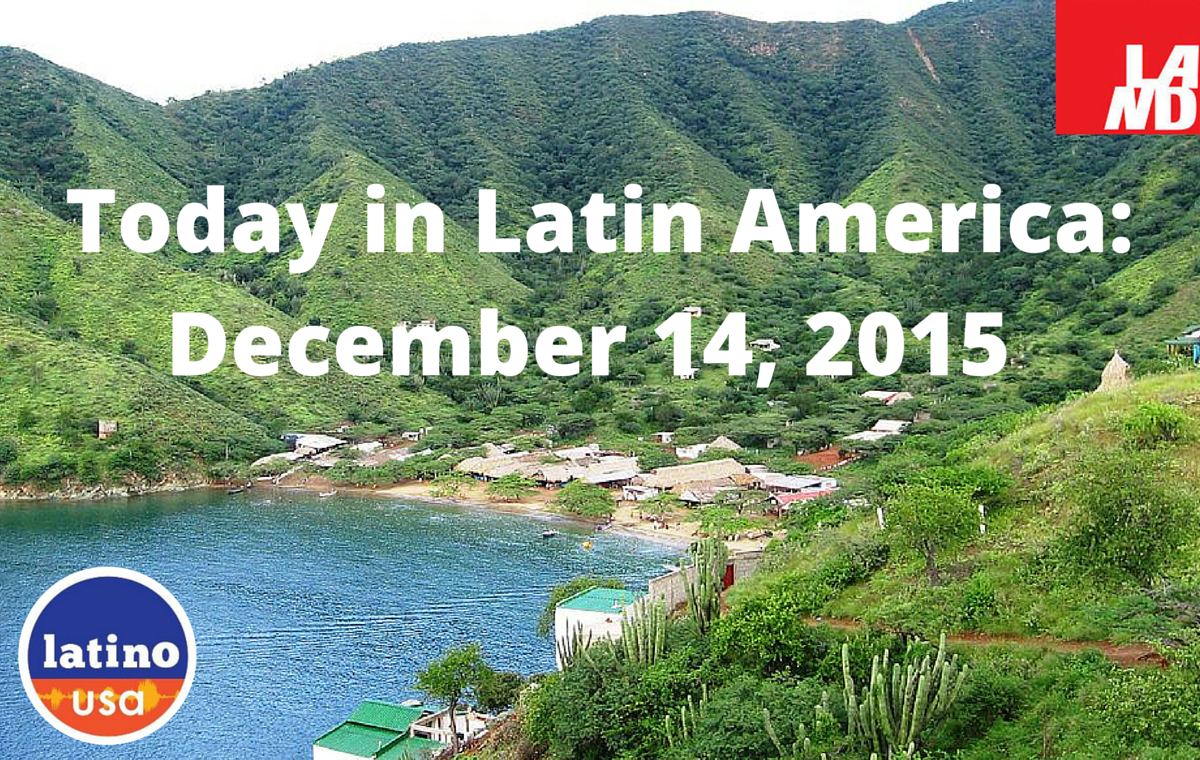 The arrests follow an announcement Friday by Colombia’s Attorney General Eduardo Montealegre of an investigation into claims by 150 female former guerrillas who testified to being forced to terminate their pregnancies under the threat of execution by firing squad.

Monetealgre claims that the Revolutionary Armed Forces of Colombia used abortions to maintain the women “as an instrument of war” and, in information cited by Spanish police, in at least 50 cases, terminations were performed on underage indigenous girls.

The Colombian government estimates that nearly 8,000 soldiers are aligned with the rebel group, and that nearly one third of them are women. The FARC has said female soldiers are given contraceptives.

The arrest of Buitrago, codenamed “The Nurse,” comes amid ongoing peace negotiations to resolve the decades-long conflict that has claimed nearly 220,000 lives, most of them civilian. Key to the agreements were provisions for the punishment of both rebel and state forces for human rights abuses and war crimes that outlined a maximum of 8 year sentences for those who confessed to charges.

Throughout the conflict, the FARC has been accused of murder, the kidnapping of civilians, drug trafficking, forced recruitment of child combatants and the widespread use of anti-personnel land mines.

Two men in Mexico City received 520-year prison sentences Sunday for having kidnapped and murdered 13 young people two years ago, a crime for which three others were given similarly large sentences earlier this year.

The Mexican government awarded the first permits to legally possess and grow marijuana to the four plaintiffs who won a case before the Supreme Court in November in a ruling centered on the right to the “free development of personality.”

U.S. Customs and Border Protection has recorded over 10,000 apprehensions of unaccompanied child migrants in the past two months, a 106% increase since the same period a year ago when President Barack Obama deemed it an “urgent humanitarian situation.”

A New York Times editorial Saturday slammed Haiti’s recent election, arguing that a runoff approaching on Dec. 27 should be postponed so that results from the first round in October can be counted, noting that this may not even be possible.

Puerto Rico governor Alejandro Garcia Padilla will announce Monday whether he will seek reelection, an official suggested in a tweet Saturday.

Costa Rican President Luis Guillermo Solís said during his visit to Cuba Sunday that migration would be part of the agenda in diplomatic normalization talks with the country, as Costa Rica cannot continue to support the nearly 5,000 Cuban migrants who wait in limbo at the Northern Border with Nicaragua en route to the United States.

Costa Rican Police said that a U.S. woman who organized volunteer medical services in Central America was found stabbed to death in a San Jose hotel room on Thursday for unknown reasons.

Leadership from the Nicaraguan delegation at the COP21 climate talks in Paris protested the final climate deal Saturday arguing that the accord did not go far enough in requiring developed countries to reduce their emissions and fund developing countries’ adaptations.

In a Saturday address to Venezuela’s military, President Nicolás Maduro urged troops to be prepared to fight in the wake of the ruling socialist party’s Dec. 6 defeat, highlighting the military’s traditional role as a mediator in moments of tense political division.

Ecuador and Sweden signed a deal to allow Swedish authorities to question WikiLeaks founder Julian Assange on sexual assault accusations in London’s Ecuadorian embassy, where Assange has been holed up since 2012 fearing extradition to Sweden and the United States for his role in publishing confidential U.S. government documents through WikiLeaks.

Chilean authorities arrested army veteran Guillermo Reyes Rammsy on Friday after called into a radio show and admitted to participating in killing 18 people under the Pinochet dictatorship in the 1970s, during which more than 3,000 were killed, including some 1,200 who were “disappeared.”

Chilean President Michelle Bachelet’s center-left government vowed on Friday to uphold a plan to grant low-income students free tuition to mostly public universities, after a court ruled that the bill containing the measure was unconstitutional and “discriminatory.”