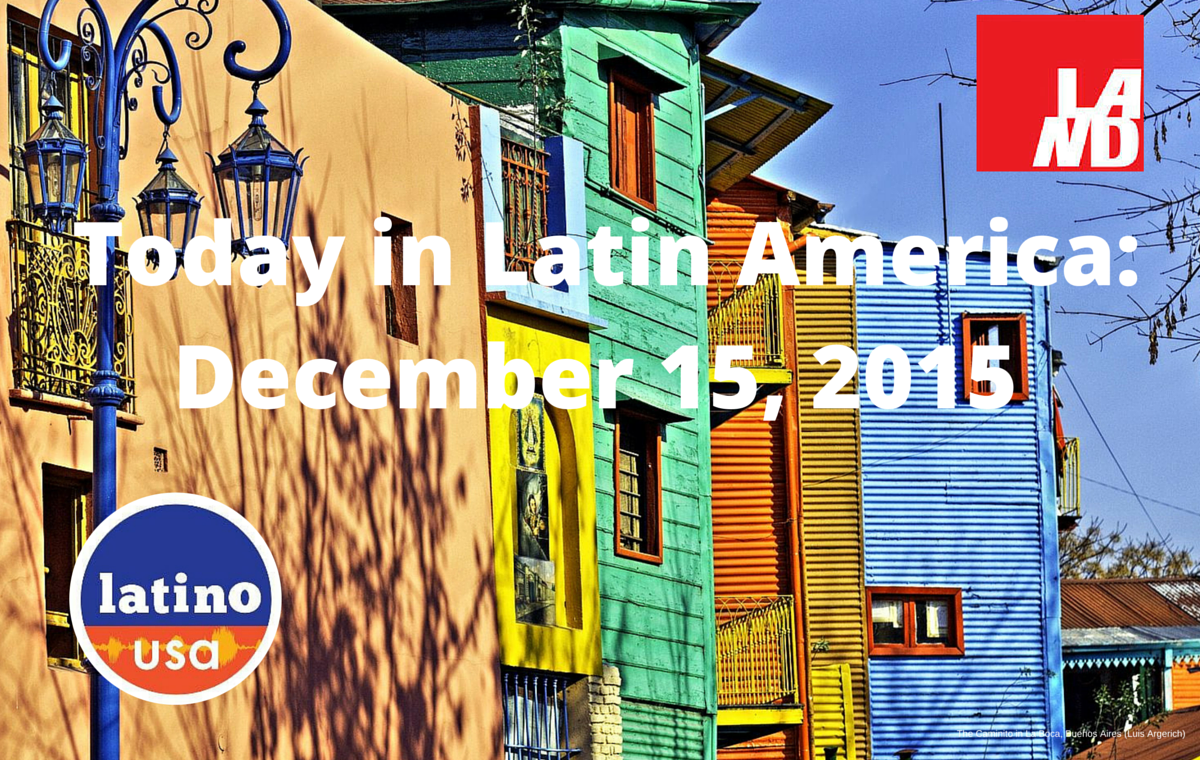 Top Story — Export taxes for Argentina’s major agricultural products will be eliminated beginning on Tuesday, President Mauricio Macri announced during a meeting with the Argentine Industrial Union on Monday.

Export taxes will no longer apply to corn, wheat, fish and meat, while export taxes on soy will be reduced from 35 to 30 percent. Monday’s announcement signals a shift from former President Cristina Fernández’s high-tax economic model, which helped finance social welfare programs.

The Fernández administration maintained export taxes high in order to maintain a keep domestic prices low for grain, meat and dairy, according to The Associated Press, while also relying on such taxes to fund federal welfare programs. But farmers sparred with Fernández over the tax model, arguing that it distorted crop production, while economists estimate that crop hoarding, as a result of the taxes, has resulted in multi-billion dollar losses.

Slashing export taxes for agricultural products was one of Macri’s campaign promises before narrowly winning the presidential election on Nov. 22, ahead of ruling party candidate Daniel Scioli. Macri’s election has renewed optimism among foreign investors, although Fernández’s supporters fear that his government will benefit solely the elites.

North America
Mexican officials said that 60 people were arrested following nearly 100 raids in 10 countries throughout Latin America, plus the United States and Spain, over alleged connections to a ring that circulated pornographic images of child sex abuse.

The U.S. Secretary of Health Human Services voiced concern over the lack of funds available to handle the influx of unaccompanied minors crossing the U.S-Mexico border in a letter obtained by The Associated Press, saying that she fears a repeat of 2014 will occur, when children were “left at the border for unacceptable periods of time.”

After a year of debate, Mexico announced a small 4.2 percent increase to its minimal wage for 2016, raising it to 73.04 pesos (roughly $4.30). Some public figures, however, are already dismissing the increase as insufficient to cover the cost of living.

A U.S. federal law-enforcement official said that there is an increased presence of Mexican cartels in North Dakota, contributing to a rise in narcotics investigations and human trafficking. The phenomenon is linked to an oil boom in the state that has created an emerging market for cartels to take advantage of.

Caribbean
Puerto Rico’s Governor Alejandro García Padilla announced Monday that he will not be running for re-election, and instead will focus all his attention to solving the island’s debt crisis.

Meanwhile, in an opinion piece on BloombergView, New York City Mayor Bill de Blasio and Tampa Mayor Bob Buckhorn urged Congress to give Puerto Rico bankruptcy protection
in order to save the island from a potential humanitarian crisis whose magnitude and effect on the United States they say “cannot be overstated.”

Haiti’s electoral council said the country will hold Dec. 27 runoff presidential elections as scheduled, despite continued national and international suspicion over the first-round of elections in October.

U.S. President Barack Obama said he would like to visit Cuba before the end of his presidency as long as the island makes substantial reforms in civil liberties, even suggesting a visit might help “nudge the Cuban government in a new direction.”

Central America
Former Honduran President Rafael Callejas flew to the United States Monday to face charges for his alleged connection to the multi-billion dollar corruption scandal at FIFA, soccer’s international governing body, after he was accused of taking bribes in an early December indictment.

Although the United States encouraged Central American governments to resolve the migration crisis that has thousands of Cubans en route to the United States stranded at the Costa Rica-Nicaragua border, a top U.S. diplomat in Havana said Washington has no plans to intervene or amend its favorable immigration policies towards Cubans.

Guatemala may compensate the family of three people who were infected with syphilis as part of a 1940’s U.S.-led medical experiment that intentionally exposed 1,300 Guatemalans to venereal diseased and led to at least 83 deaths.

A piece from The Guardian questions whether new Canadian Prime Minister Justin Trudeau can halt alleged abuses in Guatemala from mining company Tahoe Resources, whose militarized response to peaceful demonstrations in the country were detailed in a recently published report and have contributed to a “quasi-war scenario” in the region.

Andes
In anticipation of the impending peace agreement in March between the Colombian government and FARC rebels, the two parties have reached a deal regarding reparations for war victims, as well as approaching an agreement on the terms of confinement for former combatants.

Bolivian President Evo Morales has been championing the “Yes” campaign among Bolivians, which would introduce constitutional reforms that would foresee changes to the term limits of vice presidents and presidents, thus allowing President Morales to run for a third term.

Southern Cone
Early Tuesday morning, Brazilian police raided the home of Eduardo Cunha, the speaker of the lower house of Congress, in connection with an ongoing corruption investigation at state-run oil company Petrobras. At least one other minister had his home raided, and President Dilma Rousseff said in a statement that she hoped the raids would be clarified as soon as possible.

Brazilian lawmakers will be voting this week on the country’s fiscal targets for 2016, which would have to include provisions for paying public debt in order for the country to regain fiscal credibility among investors.

Brazil’s national currency, the real, declined to its lowest point in the past six weeks, making it the worst-performing currency of the year among 31 world currencies.

Forty-three border police were killed and eight other were injured in a bus crash in the northern Argentine province of Salta, where the bus veered off a bridge and crashed into a ditch.

Chile’s civil aviation authority, which includes air traffic controllers, has announced a 48-hour strike planned for this Thursday and Friday, a decision that could potentially cause major delays at airports before the holiday season.