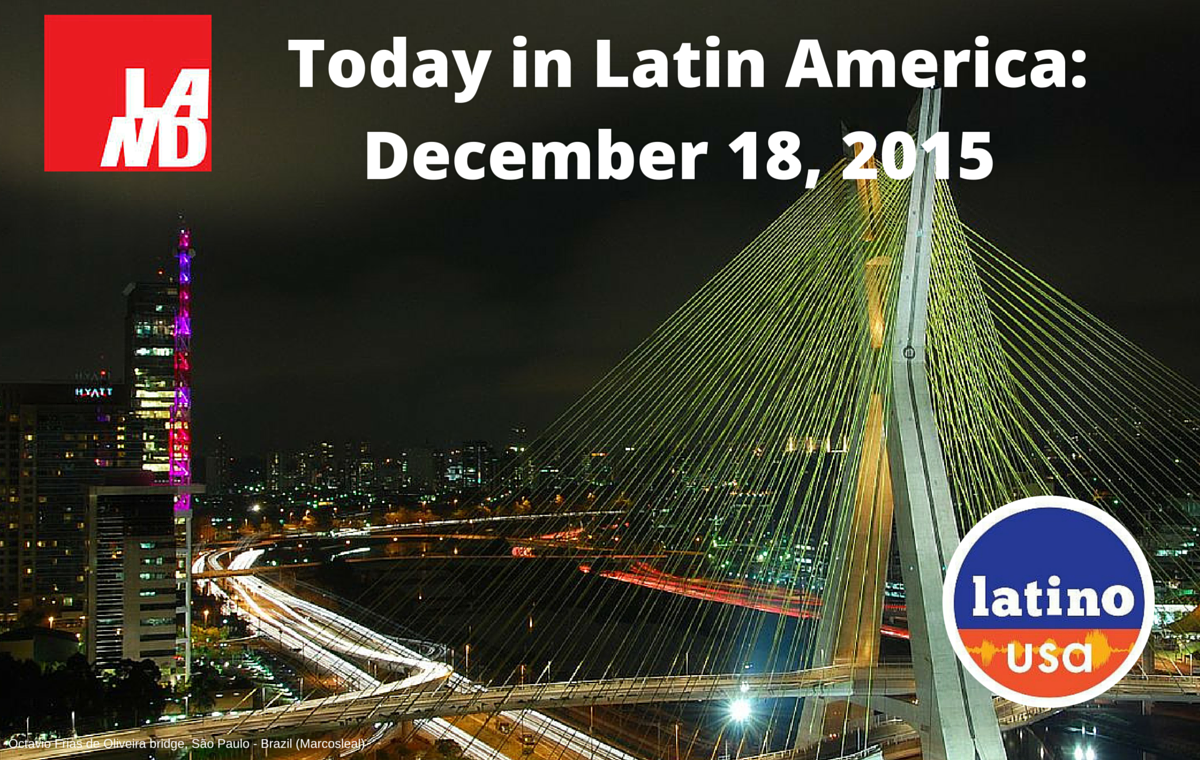 The Court voted to invalidate the results of a secret ballot vote in the election of the impeachment commission and ordered a new open ballot vote, which likely be “more favorable” to Rousseff, the Wall Street Journal reported. The judges also voted to let the Senate review the impeachment case against Rousseff brought by the lower house.

The decisions, along with the fact that Brazil’s legislature will be in holiday recess until February, have offered Rousseff a temporary reprieve from impeachment proceedings, which are formally based on charges she illegally distorted government accounts to hide budget deficits.

Also on Thursday, Vice President Michel Temer, who is slated to become president should Rousseff be impeached, denied allegations that he is plotting against her. Temer admitted that his party, the Brazilian Democratic Movement, a key coalition ally of Rousseff’s Workers’ Party, is split over whether to push for her removal.

The leader of the impeachment proceedings, the lower house Speaker Eduardo Cunha, who is also a member of Temer’s party and who has battled his own graft allegations, was also implicated this week in additional corruption allegations. Those claims, first reported by the magazine Época, stem from bribes allegedly paid to Cunha to secure funding for the redevelopment of Rio de Janeiro’s port area ahead of the 2016 Summer Olympics.

North America
For the first time since 2008, Mexico’s central bank has decided to raise its interest rates to 3.25 percent, as have Peru and Chile, all citing the U.S. Federal Reserve’s increase this week of its own benchmark rate.

Following earlier denials, the governor of Mexico’s Guerrero state said on Thursday that he had heard from a federal prosecutor that the remains of around 20 people have been found, although it remains unclear if the remains belong to any of the 43 students who went missing last year in Guerrero.

Mexico on Thursday announced that in September 2016 it will hold an auction for deep-water oil and gas exploration, set to be the first auction of its kind since a 2014 reform which has so far only resulted in the sale of land-based and shallow-water blocks.

Caribbean
The U.S. military has imposed stricter restrictions on media access to the U.S. detention center at Guantánamo Bay, Cuba, and will now only allow journalists to visit the facility via organized tours held once every three months.

After the United States and Cuba agreed to restore regular commercial flights between one another, they will soon allow as many as 110 scheduled flights a day, which could lead to a surge of U.S. visitors to the island.

Central America
El Salvador’s strict anti-abortion law, which can carry a 40-year prison sentence, not only incarcerates women for having or seeking out abortions, but also increasingly affects women suffering from miscarriages, which are treated as suspected abortions, The Guardian reports.

A Salvadoran fisherman who famously survived 14 months adrift at sea has been sued for $1 million by the family of his deceased shipmate, who argue the survivor ate their relative in order to survive.

Andes
A former top aide to Venezuela’s President Nicolás Maduro said in an interview with Reuters that the government must make some economic adjustments and reel in its more aggressive claims about opposition meddling to avoid further polarizing the country.

The nephews of Venezuela’s first lady appeared in a U.S. court Thursday, where they pleaded not guilty to charges of trying to smuggle cocaine into the United States.

The remains of 29 Colombians killed during the 51-year internal conflict were returned to relatives on Thursday, following a deal between the Colombian government and FARC leaders that led to the bodies being exhumed and examined by forensic scientists for identification.

Southern Cone
The value of the Argentine peso plummeted on Thursday following a move by President Mauricio Macri’s new administration to lift the unpopular limits on purchasing foreign currency, which will open the country’s economy to global markets to levels unseen in more than a decade.

A Thursday morning appeal in a Brazilian court overturned a ruling to shut down the wildly popular mobile messaging service WhatsApp for 48 hours, following the company’s alleged failure to comply with a criminal investigation.

A Brazilian surfer has become the second person from his country to claim the world’s top prize in the aquatic sport, after another Brazilian won the country’s first title in 2014.