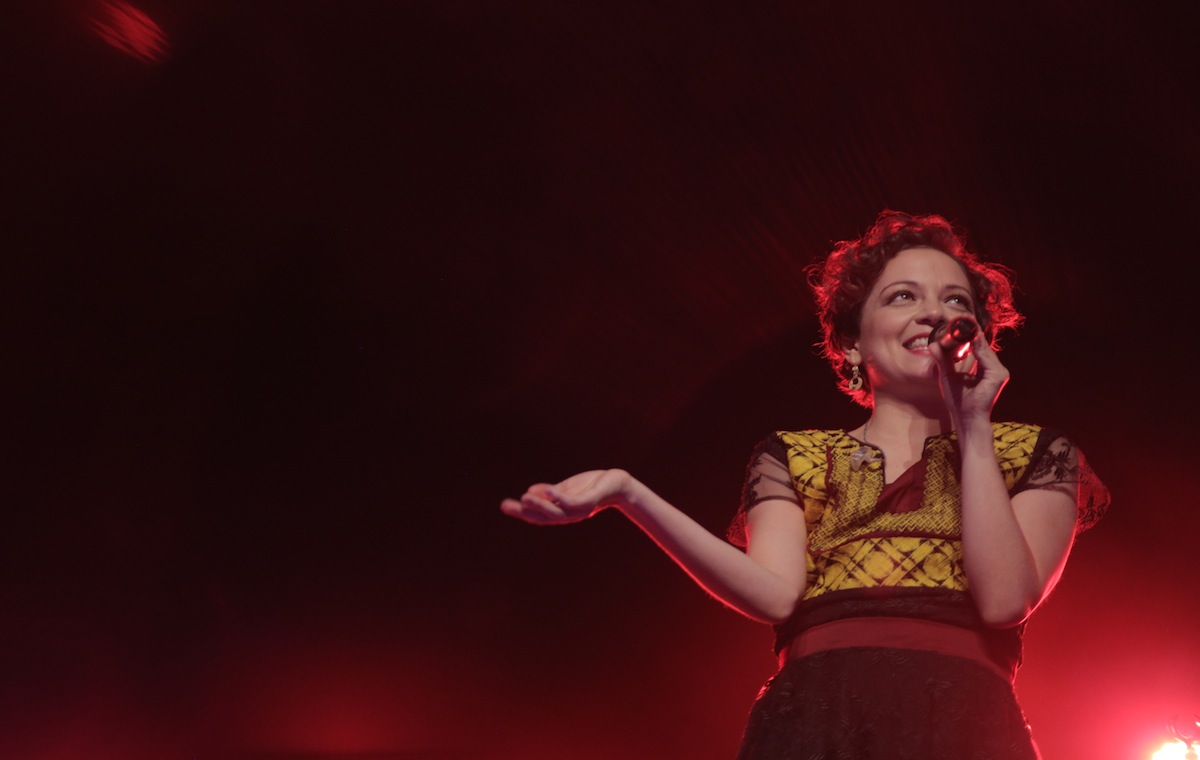 “Love can make you feel so good and so bad, so alive and so dead,” the singer told Latino USA. “It’s incredible.”

Broken heart or not, the emotions Natalia shares in her music are universal to constant changes in life.

With songs like “Lo Que Construimos” and “Nunca Es Suficiente,” the 31-year-old Mexican singer-songwriter bared her heart and wrote music as therapy following the end of a seven-year relationship.

Natalia was born in Mexico City and lived in the tropical state of Veracruz as a child. She grew up surrounded by instruments and music at home. By her teenage years her indie pop songs and quirky music videos were all over Mexico.

For more than a decade Natalia has built a devoted fan base by melding traditional Mexican music with indie sounds and intimate lyrics.

The title track “Hasta la Raíz,” which translates to “to the root,” serves as the album’s most popular single.

The song’s core, Natalia says is “the importance not forgetting who you are and where you come from even though you may go far away from home or leave a love that you had, but not forgetting all the things that built you as a person, as a human being.”

Natalia won four awards at the Latin Grammys earlier this year and “Hasta la Raíz” is currently nominated for a Grammy.