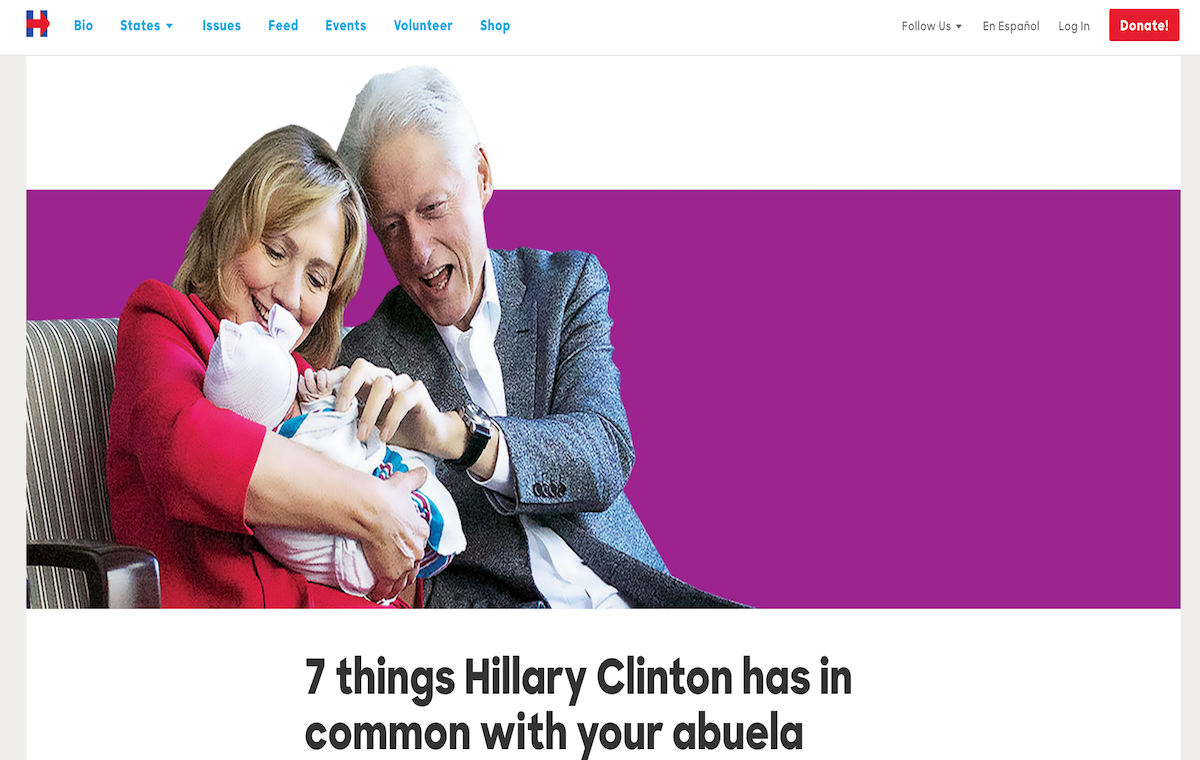 The Clinton campaign responded with a December 23 statement.

Today, Hillary Clinton’s campaign team put out a list titled, “7 Ways Hillary Clinton Is Just Like Your Abuela.” And unsurprisingly, people on Twitter aren’t too happy about it.

Shortly after, #NotMyAbuela began trending on Twitter and users called the move “Hispandering” from Clinton’s team.

Read the rest of the story at HuffPost Latino Voices.