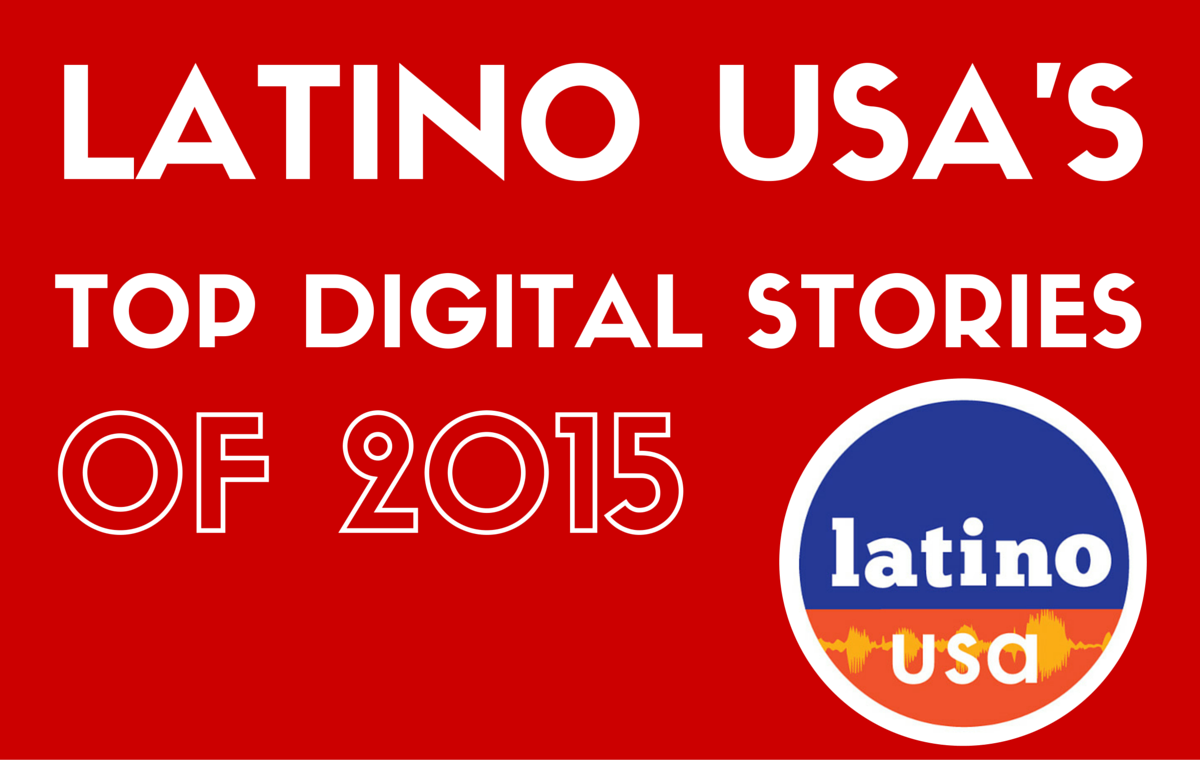 It was a fantastic year for Latino USA. The longest-running Latino-focused program on U.S. public media continues to make a mark in the national conversation.

Here are just a few highlights:

In talking with Maria Hinojosa and the rest of the Futuro Media Group leadership team, we also decided in 2015 to increase the number of non-radio digital stories we produce, as a way to complement our weekly show and inform our growing social community. That decision resulted in exciting content partnerships with Latin America News Dispatch and HuffPost Latino Voices. We plan to add more partners in 2016.

In addition, Latino USA‘s digital stories have been cited in many prominent outlets, including NBC News, The Washington Post, TIME, The New Yorker, The Guardian, BuzzFeed, HuffPost and The Dallas Morning News.

Before we get rolling with 2016 (tweet me if you want to become a contributor to the site!), I wanted to share our top 10 digital stories for 2015, in order of popularity (based on total number of reads): Hinojosa: ‘Go Back to Univision’ Is ‘Hate Speech’ Are Cruz and Rubio ‘Traitors’ to Latinos or Do They Just Have Different Views? One thought on “Latino USA’s Top Digital Stories of 2015”