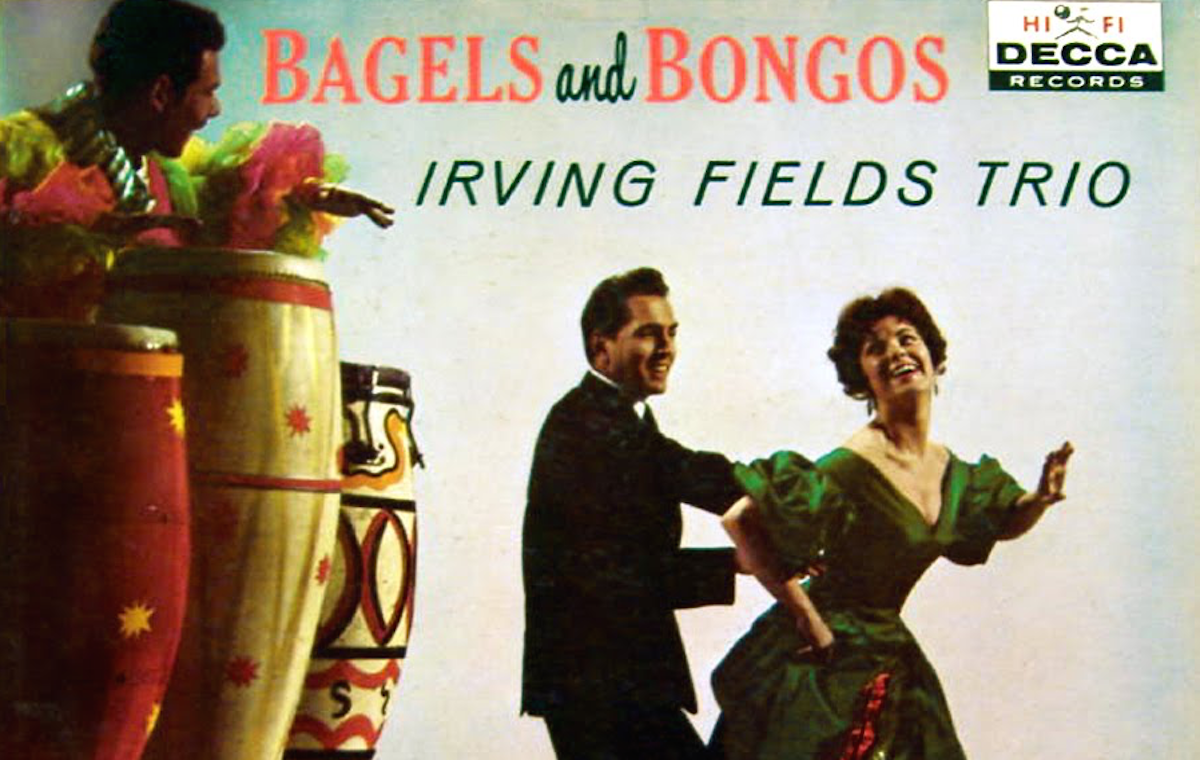 Back in the 1950s, when the mambo was the rage, some of its biggest fans were Jewish. We visit the community still keeping the beat after all these years.

Check out these tunes by many other Mamboniks:

Pianist Irving Fields grew up acting on the Yiddish stage in 1920s Jewish Brooklyn, and became a major performer on the Catskills circuit. As a young performer, he hopped a cruise ship to pre-revolutionary Cuba and returned determined to bring Latin music into his act. His first big hit was 1947’s “Miami Beach Rhumba,” which was covered by bandleaders like Xavier Cugat and Tito Puente. Fields went on to produce “Bagels and Bongos,” mixing Latin rhythms with Yiddish standards.

Al “Alfredito” Levy was the first significant Jewish mambo bandleader in New York City. He began as a percussionist gigging with bands like Joe Quijano and Tito Puente, and eventually came to lead his own orchestra, putting out novelty mambo hits like the “Chinese Cha Cha Cha,” the “Crazy Stalin Mambo” and the “Goofus Mambo.”

In a nod to the Jewish-Mambo connection, Latin stars Ray Baretto, Charlie Palmieri and Willie Rodriguez teamed up with top jazz players to put out a peculiar album titled “Mazel Tov Mis Amigos” under the name Juan Calle and his Latin Lantzmen, an imaginary Latin-Jewish supergroup. The album mixes Yiddish tunes with Latin Jazz—and serious instrumental chops from the all-star lineup.

Bandleader Larry Harlow is the Brooklyn-born Mambonik who took his Latin music obsession the farthest, eventually becoming one of the principal salsa bandleaders of the 1970s on the Fania label, nicknamed “El Judio Maravilloso” (“The Marvelous Jew”). However, Harlow (who is also a converted santería priest) didn’t often address Jewish themes in his music. One of his hits was “Arsenio,” a tribute to Cuban innovator Arsenio Rodriguez.

One thought on “Meet the Mamboniks: From Bagels to Bongos”