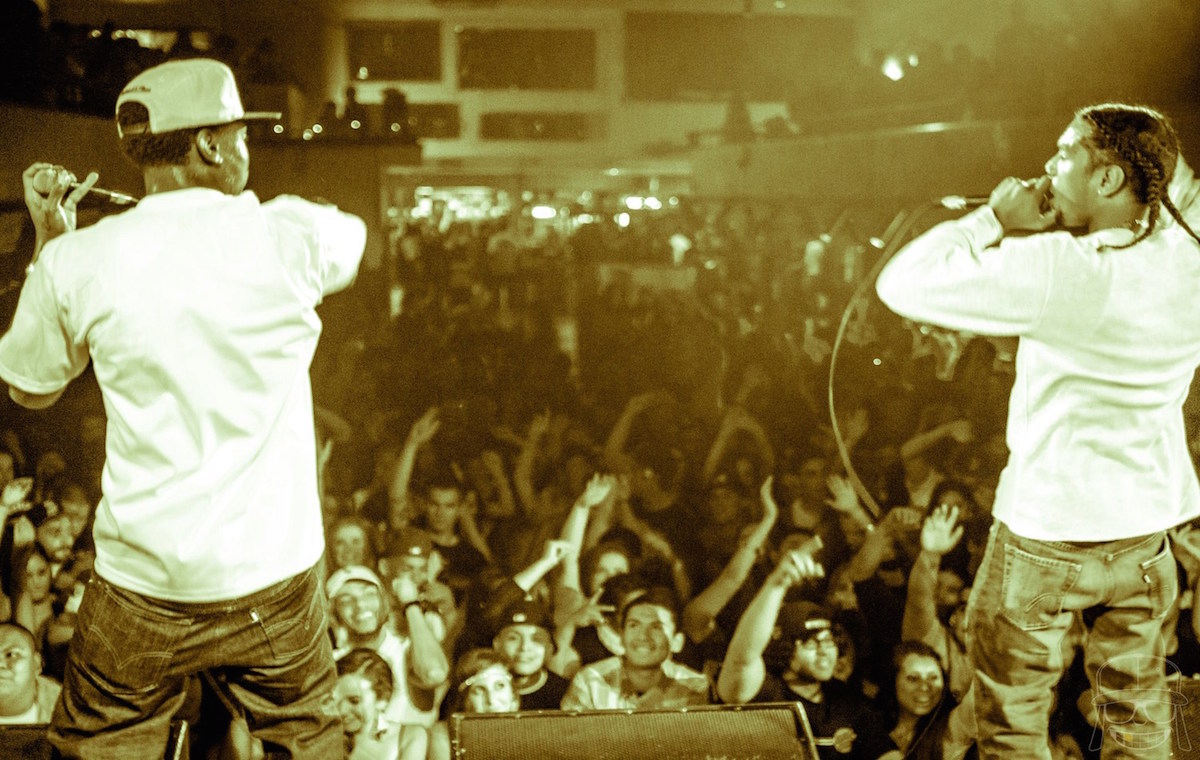 “A place like Oakland… is already limited for youth, so imagine a youth without papers,” says Raka Dun, one half of Los Rakas—the Bay Area, Spanish-language hip-hop and dancehall group.

Dun, whose real name is Abdul Dominguez Green, came to the U.S. from Panama City as a teenager and lived undocumented for 12 years in Oakland, California.

With the rise of Los Rakas over the years, Raka Dun has done many interviews, but here he speaks candidly for the first time about the struggles of growing-up poor, Afro-Latino and undocumented in one of the nation’s roughest cities. He talks with Latino USA about how he used to music to help escape the cycle of violence and crime that sucks-in young men of color in Oakland and cities like it all around the country.

Raka Dun is speaking out about his experiences, in part, to help explain the emotions behind the music released in 2014 on El Negrito Dun Dun & Ricardo, Los Rakas’ major-label debut album. Three songs on the album in particular —“Mi Pais,” “Chica De Mi Corazón” and Sueño “Americano”— narrate his story of immigration and disillusionment with the country he came to call home.

Photo of Los Rakas, via LosRakas.com