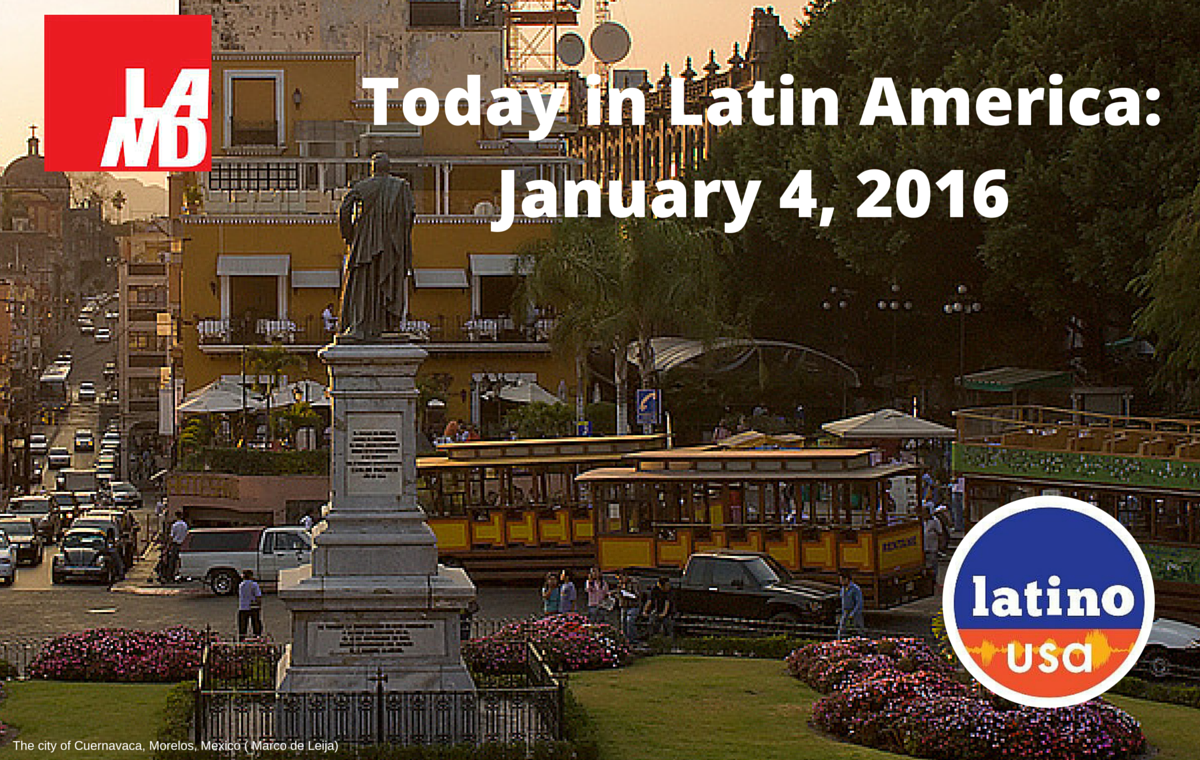 Top Story — Three suspects have been apprehended following the Saturday assassination of a newly inaugurated mayor in the Mexican city of Temixco, which has been plagued in recent years by drug and extortion gangs, The Associated Press reports.

Gisela Mota, 33, was shot dead at her home on Jan. 1, just hours after taking the oath of office. She is one of several Mexican mayors to have been killed during the past year. Police reported that Mota was gunned down by four assailants, although two suspects were reportedly shot dead on the scene and three others were taken into custody.

Blaming organized crime for Mota’s murder, Morelos State Gov. Graco Ramírez took over police services in 15 cities, vowing that “the government will not be intimidated by organized crime.” Mota, a former federal congresswoman, had vowed to fight organized crime in Temixco and had supported the state government’s efforts to place local police forces under the control of state authorities.

The Mexico City daily newspaper Reforma has reported that one of the suspects confessed to having been paid 500,000 pesos (close to $29,000) to kill Mota, while the newspaper El Universal is reporting that the assassination was the work of Los Rojos drug gang, which is fighting for territory with other drug gangs in nearby Guerrero state.

In an official statement, the Morelos state government called Mota “an honest and committed public servant,” and said that it “will not compromise or give a single step back in building a secure entity, in peace and harmony.”

U.S. immigration authorities have launched a “surge” of deportation raids targeting mainly Central American immigrants who entered the country in the past two years, according to human rights advocates as well as the governments of El Salvador and Guatemala.

After a runoff presidential election in Haiti was postponed last month amid widespread protests of corruption, the country’s electoral commission said Sunday that the runoff can proceed in as little as two weeks, despite having found that the first round election on Oct. 25 was “stained by irregularities.”

U.S. President Barack Obama is weighing a visit to Cuba this year if the country makes sufficient progress in liberalizing its approach to both dissidents and the private sector, an advisor said Saturday.

The United States has requested the extradition of former Honduran Vice President Jaime Rosenthal, who along with several of his family members faces charges of running a large money-laundering scheme for Central American drug gangs.

El Salvador saw at least 29 people killed on the first day of 2016, following a year in which the homicide rate reached levels unseen since the country’s civil war.

Venezuela’s opposition on Sunday elected the firebrand Henry Ramos Allup as the president of the National Assembly, which, when it convenes on Tuesday, will be the first Venezuelan government body headed by the opposition in more than a decade.

In defiance of a supply agreement between Colombia and Venezuela, the Venezuelan government has announced a temporary halt of natural gas exports to Colombia, citing energy generation issues as the reason for the delay.

The Bolivian government asserted that its oil industry recorded positive figures for 2015, despite a plunge in global oil prices.

The New York Times reports on archeologists’ newest discoveries in Peru that will help them decipher the Incan khipus, which are records formed from knotted pieces of strings.

Uruguay’s congressional lower house has voted to relieve the state oil company ANCAP of its $622 million debt and set aside $250 million for an aid package.

On Saturday, a Mini Cooper participating in a race at the Dakar Rally in Argentina veered into a crowd and injured several spectators.