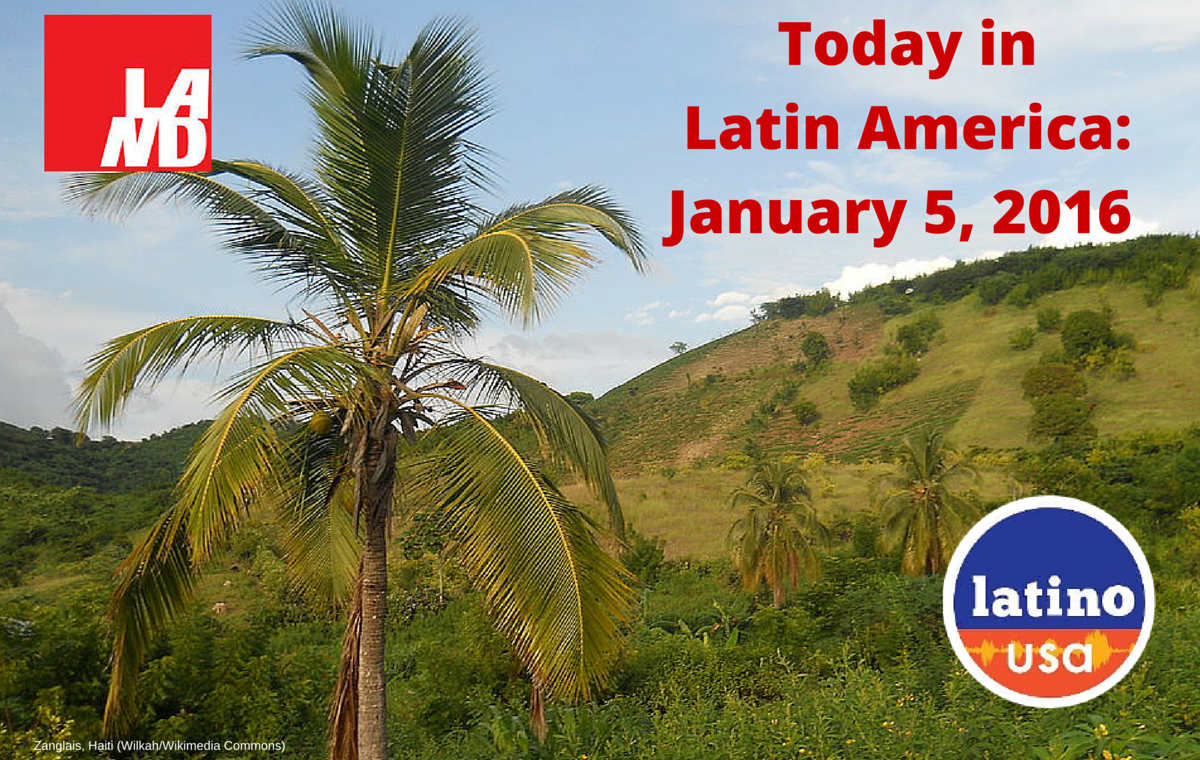 Top Story — A special commission investigating Haiti’s disputed October presidential election said Monday that widespread voting irregularities in the first round were the result of poll worker incompetence rather than corruption, as opposition candidates have claimed, although it remains unclear whether the revelation can help break a political deadlock and bring about a runoff by Feb. 7, when the incumbent Michel Martelly is due to leave office.

Electoral commission member Rosny Desroches told The Associated Press on Monday that more than 90 percent of ballots contained irregularities, but not evidence of widespread fraud.

The Oct. 25 ballot indicated that 33 percent of votes went to Michelly’s favored candidate Jovenel Moïse, a result characterized as fraudulent by runner-up Jude Célestin. Electoral officials decided to postpone the runoff originally scheduled for late December between Moïse and Célestin after protests over the results turned violent. Célestin, who has not campaigned since Oct. 25 and has not yet agreed to participate in a runoff, did not immediately comment on the commission’s announcement Monday, the AP reported.

The latest findings by the electoral commission do not support the claim by Célestin and other candidates that the government rigged the election, which they argue would necessitate a full, independent re-count. Instead, the committee recommends better preparation for poll workers and bribery mitigation strategies.

Desroches, who dismissed a full re-count as impractical, has said a runoff can proceed before a constitutionally-mandated Jan. 17 deadline if his commission’s recommendations are swiftly implemented.

Haiti has struggled with inconsistencies in its electoral process since the 1986 fall of the dictatorship under Jean-Claude Duvalier, or “Baby Doc.” Temporary commissions are frequently called upon to oversee elections, leading to disputes about the credibility of ballot counting.

The governor of the Mexican state of Morelos said in a tweet that the murder of a newly elected mayor last weekend was a warning from a drug cartel to officials to allow them to continue co-opting low paid local officers. The governor, Graco Ramírez, announced the takeover by state-level police of security in 15 cities and towns, saying that the government “will not be intimidated by organized crime.”

Mexican President Enrique Peña Nieto has “skirted accountability at every turn,” according to an editorial from the New York Times, which accused Peña Nieto of failing to explain and address the causes of scandals including the disappearance of 43 students in 2014, as well as last year’s brazen prison escape by drug kingpin Joaquín “El Chapo” Guzmán.

Virginia Governor Terry McAulliffe travelled to Cuba Monday on a trade mission, making him the fourth U.S. governor to visit the island since the resumption of diplomatic relations.

Five of the 53 political prisoners released from Cuba following resumed diplomatic relations with the United States are back in custody on the island, according to the Cuban Commission on Human Rights.

A police officer in Puerto Rico is being held on $11 million bond after he was accused of killing three fellow officers at work.

Puerto Rico’s Governor Alejandro García Padilla is preparing for impending lawsuits from creditors after the island failed to make two payments totaling $35 million on Monday, the second default in five months by the territory, which continues to lobby the U.S. Congress for a restructuring deal.

After El Salvador recorded at least 29 murders on the first day of 2016, officials there said Monday that homicides climbed 70 percent over the past year, bringing the country to levels of violence unseen since its brutal civil war, much of it involving gangs and the police.

Honduran authorities announced the arrival Monday of the first 115 deportees from the United States this year, following a reported “surge” in efforts to expel undocumented immigrants who have arrived since 2014.

The foreign minister of Costa Rica said the first group of nearly 7,000 Cuban migrants that have been stranded at the border with Nicaragua will fly out of the country to continue their journey to the United States next week.

Peru’s currency, the Nuevo Sol, finished the year at 3.4 to the U.S. dollar, the lowest exchange rate in ten years, consistent with regional trends of weakening currencies amid a slump in commodity prices.

Venezuela’s President Nicolás Maduro stripped the National Assembly of its power to appoint central bank governors on Monday. On the same day, a U.S. State Department spokesperson expressed concerns that Maduro’s government is interfering with the legislative body, which is due to fall under the control of the opposition for the first time in a decade.

Brazil’s former President Luiz Inácio Lula da Silva has been called to testify in the corruption trial of a lobbyist accused of trading bribes for favorable legislation.

Brazil on Monday said citizens from the United States, Canada and several other countries will be allowed to enter without visas during the Olympic Games in Rio de Janeiro in August.

The government of Argentine President Mauricio Macri has announced plans to continue negotiating with the United Kingdom regarding the disputed Falkland Islands, a key departure from the more combative policy of Macri’s predecessor Cristina Fernández de Kirchner.

Brazil’s currency fell further against the U.S. dollar Monday, as analysts forecast the ongoing recession is likely to be the country’s worst since at least 1901.