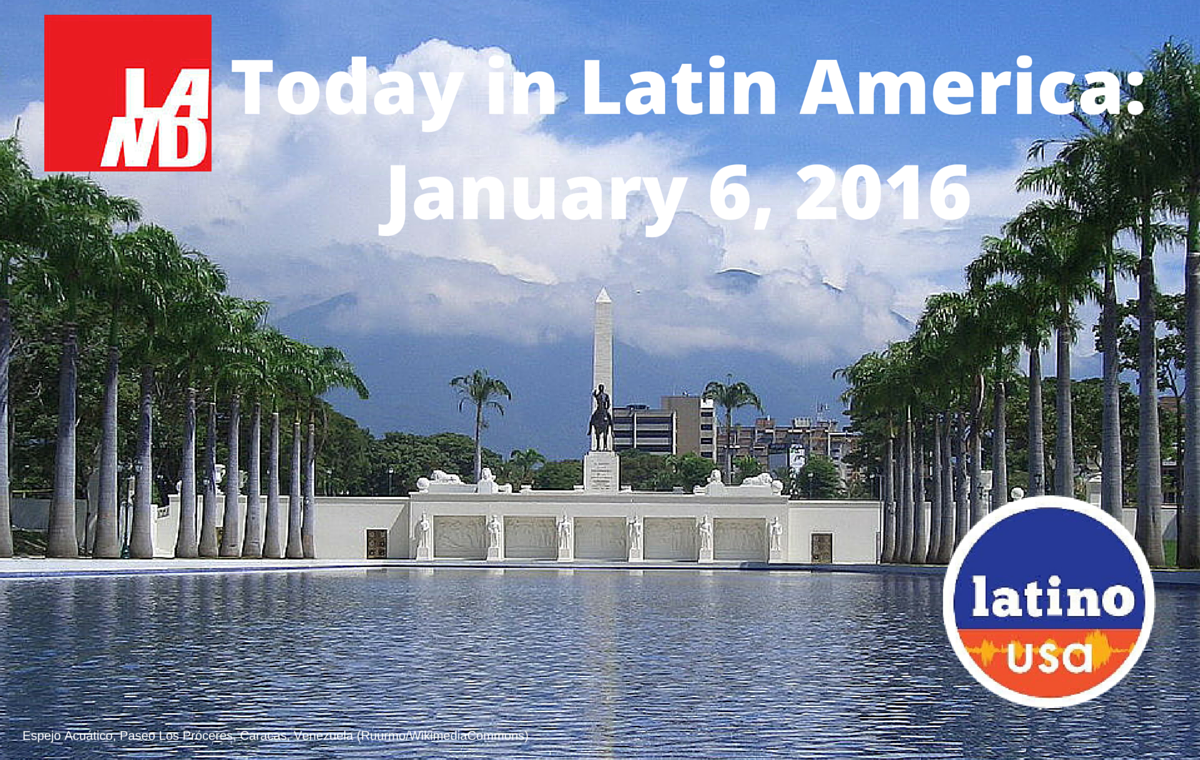 Top Story — Venezuela’s opposition coalition gained control of congress for the first time in 17 years on Tuesday as legislators were sworn in during an animated parliamentary session that The New York Times compared to a “professional wrestling smackdown.”

The Democratic Unity Roundtable, Venezuela’s opposition coalition, won a coveted two-thirds majority in a landslide victory during Dec. 6 parliamentary elections. Voter frustration over economic recession, massive inflation and widespread shortages of basic goods swept the opposition Democratic Unity Roundtable coalition into power with a supermajority, which would allow the opposition-led to National Assembly to enact sweeping changes and even challenge the mandate of President Nicolás Maduro.

In Tuesday’s swearing-in ceremony, pro-government and opposition lawmakers engaged in shouting matches, pushed and shoved each other and chanted slogans. Eventually, pro-government “Chavista” lawmakers stormed out of the chamber in protest of attempts by the opposition to make a speech after the leadership vote.

In what Democratic Unity Roundtable leaders described as a “judicial coup,” the Maduro administration has enacted measures to curb the legislative power of the opposition-led National Assembly in the run-up to Tuesday’s session. In December, while still led by Maduro’s socialist government, the Assembly approved 13 Supreme Court judges. The Supreme Court then granted Maduro’s request that three newly elected opposition members be suspended, thereby blocked from taking office on Tuesday and preventing the opposition’s supermajority from taking effect. On Monday, Maduro signed a decree that curbs the National Assembly’s authority over Venezuela’s Central Bank, and allows the president to hire and dismiss Central Bank directors without the assembly’s approval.

Tuesday’s swearing-in ceremony signaled changes beyond the introduction of what is expected to be the first combative relationship between the Venezuelan president and the National Assembly in more than 15 years. Portraits of Maduro’s predecessor, the late president Hugo Chávez, were removed from the National Assembly chamber, and members of media organizations not controlled by or affiliated with the government were allowed to attend the congressional session for the first time in years.

Newly appointed National Assembly Speaker Henry Ramos announced plans for a change of government in the next six months, according to the BBC, saying that “here and now, things will change.” Some opposition members have called for a referendum that could see Maduro removed from office.

Local politicians in Mexico such as recently murdered Mayor Gisela Mota are “largely isolated and unprotected”, according to a feature in the Christian Science Monitor, which examines the slew of mayors and mayor-elects that have been killed in Mexico, many because they present obstacles to drug cartels.

The number of migrants crossing undocumented into the United States is on the decline, a reality not accurately reflected in new ads from presidential candidates Donald Trump and Ted Cruz that feature people streaming across the U.S. border.

According to Forbes, Mexican President Enrique Peña Nieto’s administration has already responded to the sharp criticism of the leader that appeared in a New York Times op-ed earlier this week, having written a yet-to be published letter that maintains accountability has been a “top priority” for Nieto and that the editorial overlooks many of the Mexican government’s efforts.

Haiti’s election chief announced Tuesday that his country will hold presidential and legislative runoff elections on Jan. 24, after an investigative commission said poll-worker incompetence rather than corruption caused widespread irregularities in the contested first round of elections on Oct. 25.

Puerto Rico’s Department of Housing teamed up with a U.S. developer to launch a trial program to provide affordable housing for the nearly 30,000 Puerto Ricans on waiting lists for public housing by creating apartment buildings with both affordable and market-rate rents.

El Salvador’s police have responded aggressively to soaring violence in the country, using an iron-fist approach of crackdowns, raids and arrests that has actually fueled further violence, according to The Washington Post.

Following the death of a 53-year-old Cuban migrant from severe respiratory problems while stranded along the Panama-Costa Rica border, Panamanian health authorities plan to roll out a vaccine and illness-prevention campaign for the nearly 1,000 Cubans currently in makeshift shelters waiting to travel north to the United States.

Meanwhile, some 180 Cuban migrants, all families with children, are expected to be on the first flight to El Salvador as part of the plan, the details of which are still in discussion, to allow the migrants to continue their journey to the United States.

A trend of declining homicide rates in Colombia has continued for the sixth year in a row, the director of National Police said Monday, a phenomenon that some attribute to peace negotiations between the government and FARC rebels.

Forty workers representing 75 percent of the staff of Rio de Janeiro’s Maracanã sports stadium lost their jobs Monday in a decision by the arena’s owners to cut costs in preparation for the 2016 Olympic games.The private consortium that manages the arena includes the entertainment giant AEG and construction company Odebrecht SA, which has been implicated in a corruption scandal with state-run oil company Petrobras.

Legislators in Chile have approved a trade liberalization policy of the Pacific Alliance trade bloc to eliminate tariffs on 92 percent of commerce with other member nations Peru, Colombia and Mexico, removing the last obstacle to implementing the changes, which are expected to take place within three months.

Brazil’s National Industry Confederation said in a statement Tuesday that job sentiments in the country have improved, according to a survey that the organization commissioned that demonstrated lower fears of unemployment and better satisfaction of life in spite of a grim economic forecast for 2016.

The Argentine peso fell by 5 percent against the U.S. dollar Tuesday, a continuation of the currency’s 28 percent decline since late December when newly elected president Mauricio Macri lifted capital controls as part of his free market reforms.