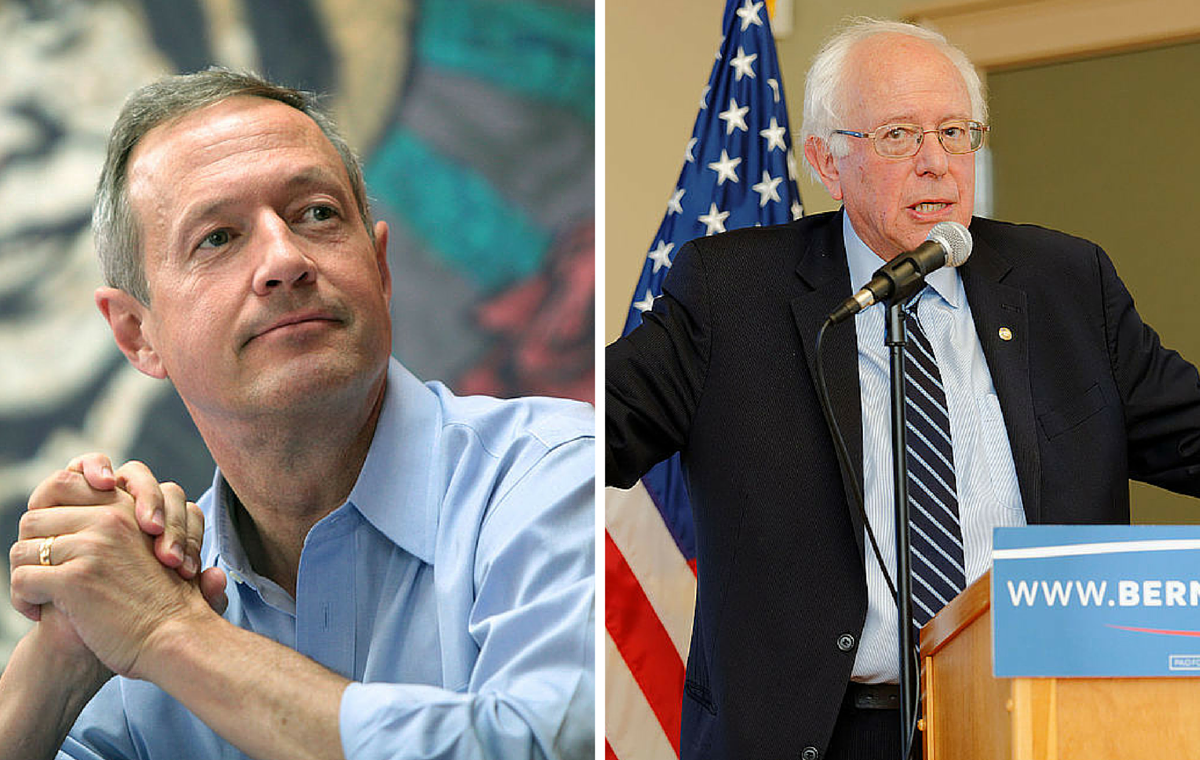 Following up on Christmas Eve statements sharply criticizing news that the Department of Homeland Security was planning to increase deportation raids on Central American families who entered the United States after 2014, Democratic presidential candidates Martin O’Malley and Bernie Sanders have continued to apply pressure on the Obama administration to quickly change its course.

According to the federal government, Temporary Protective Status (TPS) is granted to individuals “due to conditions in the country that temporarily prevent the country’s nationals from returning safely, or in certain circumstances, where the country is unable to handle the return of its nationals adequately.” Countries such as Guatemala, Honduras and El Salvador are some of the most violent countries in Latin America. Earlier today, USA Today called El Salvador “the world’s new murder capital.”

O’Malley also had strong words this past weekend in Iowa at a campaign event, where he said the following: “What the hell have we come to as a country that you’re talking about rounding up women and children fleeing death gangs at Christmas time?”

This morning, Sanders used his Senate credentials to write a letter to President Obama, where he called on the administration to stop all raids:

Raids are not the answer. We cannot continue to employ inhumane tactics involving rounding up and deporting tens of thousands of immigrant families to address a crisis that requires compassion and humane solutions

Sanders also called for an extension of TPS. This is the full letter, which was also delivered to Secretary of Homeland Security Jeh Johnson and U.S. Immigration and Customs Enforcement Director Sarah Saldaña:

I urge @POTUS to immediately cease the deportation raids and not deport families back to countries where a death sentence awaits.

We can't continue to employ inhumane tactics involving deporting thousands of families to address a crisis that requires a humane solution.

Latino USA emailed the Hillary Clinton campaign about the Sanders letter and O’Malley’s Nevada remarks. As of this posting, the campaign has yet to respond. On December 24, Clinton campaign spokesperson Xochitl Hinojosa said in a statement that Clinton has “real concerns” about the initial reports of new deportation plans.

She believes it is critical that everyone has a full and fair hearing, and that our country provides refuge to those that need it And we should be guided by a spirit of humanity and generosity as we approach these issues.