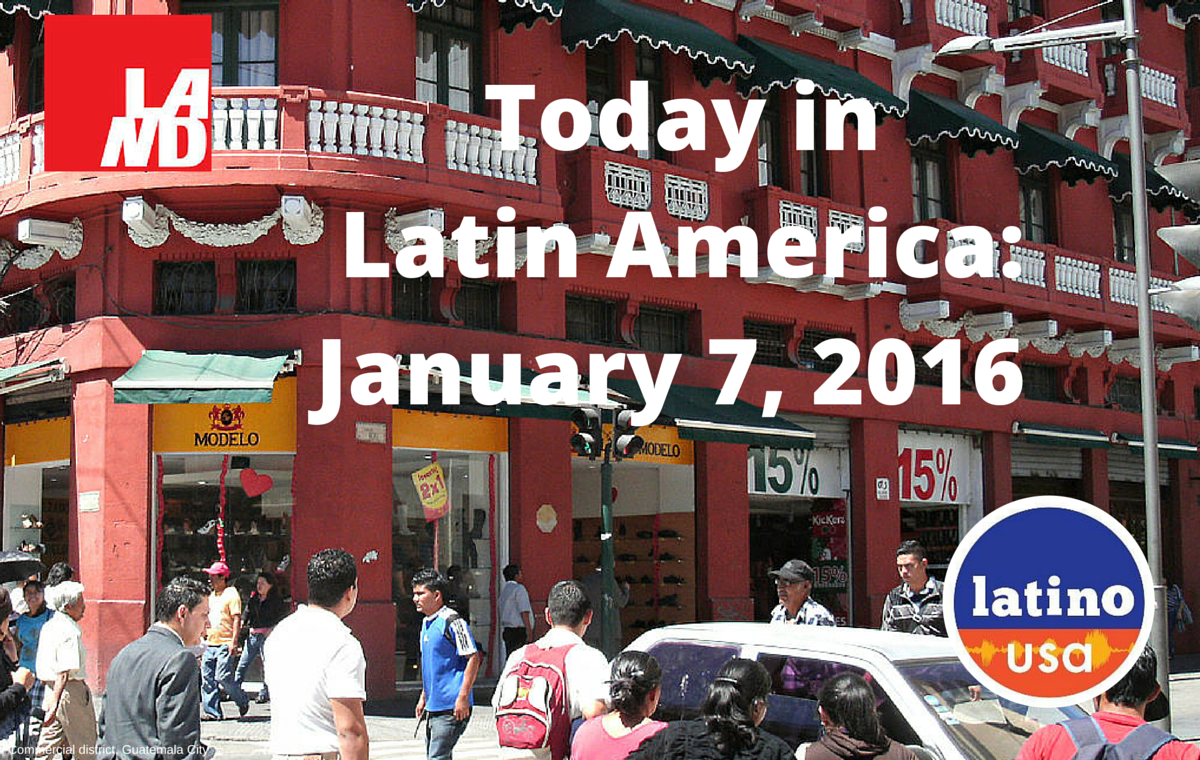 Top Story – Guatemalan authorities detained 18 former military officials over alleged human rights violations carried out during the country’s 36-year civil war, the same day that officials in El Salvador announced that they would seek the arrest of 17 ex-soldiers linked to the 1989 murder of six Jesuit priests during its own 12-year civil war.

El Salvador presidential spokesman Eugenio Chicas announced on Wednesday that the Salvadoran government would cooperate with a petition by a Spanish judge ordering the arrest of 17 former soldiers allegedly involved in the murder of six Jesuit priests in 1989, five of whom were Spanish nationals. The murder of the priests, which caused an international outcry, was allegedly carried out due to their criticism of the human rights violations perpetrated by El Salvador’s U.S.-backed military, Reuters reports. Efforts to prosecute the soldiers have fallen short; in 2011, a Salvadoran court ruled against extraditing them to Spain.

The Guatemalan civil war lasted between 1960 and 1996 and claimed over 200,000 lives, 82 percent of which were Mayan, according to a U.N.-backed Commission for Historical Clarification report released in 1999, which also determined that 93 percent of human rights abuses were carried out by state-backed groups.

The proceedings in Guatemala may put recently-elected President Jimmy Morales, who rode a wave of populist discontent into office, in a tight spot. The National Convergence Front which backed him was founded in 2004 with the purpose of rebuilding the military’s prestige, according to a report by NACLA.

Male life expectancy in Mexico dropped by 0.6 years between 2005 and 2010 according to a new study, due to intense crime-related violence, reversing years of public health improvements.

Investigators in the Chihuahua state of Mexico have arrested a 35-year-old man believed to be a serial killer responsible for 15 deaths since 2009.

Panic has gripped many families in the wake of a surge in Immigration and Customs Enforcement raids in the United States, reports The Guardian, with immigrant advocacy group hotlines receiving an increased number of worried calls.

The first ever independent candidate to win a seat in a state legislature in Mexico, Pedro Kumamoto of Jalisco, enjoys unique widespread popularity as well as anti-establishment credentials in a country plagued by strained relations between citizens and the government, according to a Vice News profile.

A low-budget Mexican film based on the escape of drug lord Joaquín “El Chapo” Guzmán is set to hit theaters on Jan. 15, part of a larger trend of converting stories of real-life impunity and corruption into films.

Mexican footballer turned drug lord Edgar Valdez Villareal, also known as “La Barbie,” who was arrested in Mexico in 2010 and extradited to the United States, pleaded guilty on Wednesday in an Atlanta federal court to cocaine trafficking charges.

The Dominican Republic’s gross domestic product grew seven percent for the second consecutive year in 2015, making it the strongest economy in the region, thanks to a growth in tourism and remittances.

Hollywood is eager to take advantage of resumed diplomatic relations with Cuba, with Universal Studios considering the island as a potential location for the eighth film in the “Fast and Furious” franchise, and Showtime’s series “House of Lies” set to head to Havana to film its fifth-season finale, making it the first U.S. scripted series to be shot in the country since the two countries announced they would normalize relations.

Costa Rican health officials said that the death toll from the AH1N1 virus was 14 in 2015, with a spike in the number of fatalities in the months of December, and warned people take precautionary measures even though it is not yet the time of year to roll out vaccinations.

A Cuban migrant stranded in Panama at the border with Costa Rica died of flu symptoms on Monday, prompting officials to announce they will seek to vaccinate more than 1,000 stranded Cuban migrants.

A report by the rights group Front Line Defenders found that Latin America is the most dangerous part of the world for human rights advocates, with Colombia alone accounting for 54 of the 156 total killings during the first 11 months of 2015.

Venezuela’s newly opposition-led National Assembly carried out its first offensive maneuver Wednesday, swearing in several lawmakers who had been barred by the country’s Supreme Court loyal to President Nicolás Maduro.

The Colombian Finance Minister’s announcement Monday that the government will sell its majority shares in Isagen, one of the country’s largest energy companies, led the Liberal Party to threaten to leave a congressional committee with President Manuel Santos over concerns about the implications of energy privatization.

With the Olympics looming, Rio de Janeiro mayor Eduardo Paes’ efforts to convince residents to tap into the sewer system rather than dumping their sewage directly into badly polluted waterways have mostly failed, with only a fifth of targeted residents opting in.

Ahead of hotly anticipated talks with U.S. holdout creditors, a cornerstone of President Mauricio Macri’s economic policy, Argentina on Wednesday swapped some $16 billion in banknotes for new dollar-denominated bonds, an effort to bolster its position ahead of the negotiations.