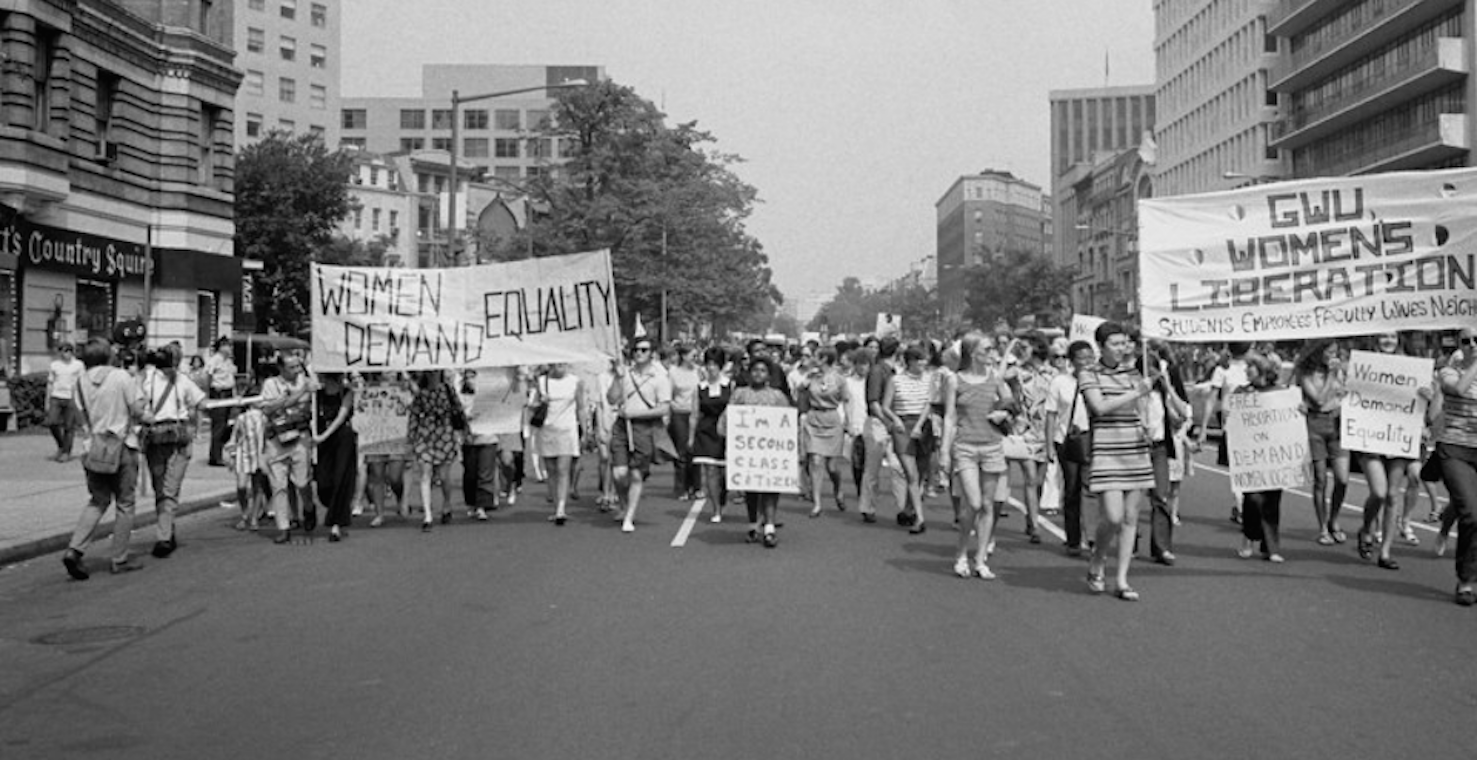 By the early 1980’s, Chicana activist and writer Cherríe Moraga felt that the feminist movement had been co-opted by white women to push an agenda that didn’t include the needs or considerations of other women of color. So she and her longtime friend and collaborator Gloria Anzaldúa published a collection of essays written by women from all kinds of backgrounds explaining their own version of feminism that was culturally specific to them. The book, This Bridge Called My Back, became a seminal work in feminist literature, and solidified Moraga an intellectual force within the movement. In this interview with Maria Hinojosa, Moraga explains why the ideas she learned in the early days of what she calls “coming to consciousness” —ideas about intersectionality and the need for women of color to lead radical movements— are actually needed more now than ever.

Photo by Warren K. Leffler via Wikimedia/Library of Congress.

One thought on “The Enduring Feminist Widsom of Cherríe Moraga”